It’s 2018 and Billy Eichner isn’t going to whitewash his hypothetical remake of Hocus Pocus. In a new episode of Billy on the Street that debuted on Wednesday, Eichner teams up with Tiffany Haddish to find a third cast member to complete their more-inclusive trio of witches.

“It’s a new day in Hollywood where diversity is finally being celebrated,” Eichner explains. “So Tiffany and I have decided we want to do a more diverse remake of the classic Halloween movie Hocus Pocus. Tiffany and I are going to play two of the three main witches and we’re about to hit the streets to find someone to play the third witch to round out our more diverse cast.”

In signature Billy on the Street fashion, Eichner then proceeds to run around accosting people on the streets of New York City to figure out whether any of them are the right fit to join his and Haddish’s coven.

Watch the full Billy on the Street episode below. 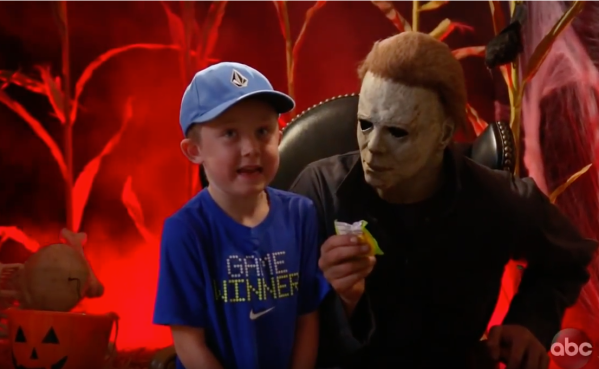 Jimmy Kimmel Is Already Frightening Children for Halloween With Hilarious Results
Next Up: Editor's Pick