Her 19-Month-Old Daughter Died After Being Held at an ICE Facility. Here's What Yazmin Juárez Told Congress

Yazmin Juárez, a migrant mother whose 19-month-old daughter died weeks after being released from a detention facility in 2018, gave an emotional testimony at a Congressional hearing on Wednesday, where she said her daughter died as a result of “neglect and mistreatment.”

Juárez, 20, told the House Oversight and Government Reform Subcommittee on Civil Rights and Civil Liberties that she left Guatemala with her daughter to seek asylum in the United States. “We made this journey because we feared for our lives,” she said in Spanish, with a photograph of her and her daughter next to her. “I hoped to build a better, safer life for my daughter Mariee. Unfortunately I watched my baby girl die, slowly and painfully.”

Mairee died of a viral lung infection weeks after being released from the custody of Immigration and Customs Enforcement. “I hope her story will spur the United States government to act, so that children do not die because of neglect and mistreatment,” she said.

Here is the full text of her prepared remarks: 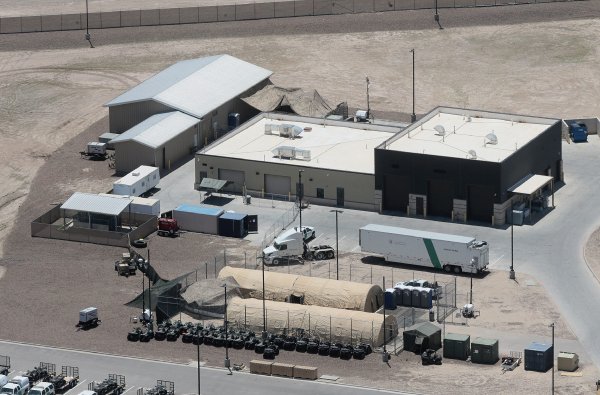 If You're Shocked by Reports on Children at the Border, You Haven't Paid Attention to American History
Next Up: Editor's Pick