This week, Latin superstars J Balvin and Bad Bunny team up for a surprise collaboration on new album Oasis. Jack Antonoff introduces his new project, a synth-pop trio called Red Hearse that skews to the experimental side. Julia Michaels drops her latest Inner Monologues album, doubling down on her distinctive tell-all style. San Fermin offers an anthem for anyone who’s tired of the dating game. And Haitian DJ Michael Brun makes good on his promise to go global with Haitian music on Lokal.

J Balvin and Bad Bunny — two kings of Latin music’s current crop of royalty — dropped a surprise eight-track album this week, Oasis. The Colombian and Puerto Rican stars are known for their nimble mix of reggaeton, pop and hip-hop, sampling from all kinds of Latin sounds. In that vein, Oasis is more a mood than a story, a dreamy party soundtrack that lets them both shine without putting on too much pressure to come up with a standout. The first time they came together was on last summer’s smash hit “I Like It” with Cardi B; Oasis seems like an inevitable consequence, two artists coasting on their combined cultural power. “Que Pretendes,” the first single, is a relaxed reggaeton track — its generally upbeat vibe belies the content, about a relationship gone awry, although Bad Bunny’s naturally melancholy timbre provides the needed gravity. Bad Bunny has described the album as “a rescue, a relief,” while Balvin says it’s his “musical paradise.” Listeners attuned to Latin beats may very well find the same joy.

Super-producer and Bleachers frontman Jack Antonoff has teamed up with singer-songwriter Sam Dew and producer Sounwave in an intriguing new synth-pop side project trio called, morbidly, Red Hearse. One of a duo of first songs — titled the same — leans into all of their more left-of-center tendencies, with surprising and catchy results. (Antonoff has produced for Lorde and Taylor Swift, while Dew and Sounwave have mostly hip-hop credits.) It’s all in the pursuit of a love that’s slipping away, of course. “I’ll be better than I was before,” they sing: “A natural, all of the past out the door.” Minimal and lyric-forward at first, “Red Hearse” evolves into a track that puts forward vocal harmonies, hollow synths and sharp percussion at different junctures, maintaining a streamlined future-pop simplicity while still feeling strangely retro. As the outro approaches, things get funky and experimental; nothing in the Red Hearse world is predictable. Except for one thing: they have an album due out this summer.

“I think there’s something heroic in the process of getting your hopes up time and again, even in the face of constant disappointment.” That’s Ellis Ludwig-Leone, the mastermind of Brooklyn-based chamber-pop project San Fermin, on the inspiration for his new song “The Hunger,” the first single off an upcoming fourth album from the group behind “Sonsick.” “The Hunger” is about the ongoing frustration of dating — something this reviewer identifies with all too well — and what Ludwig-Leone calls the “mental gymnastics required to do it all over again.” The song veers from low-key, intimate emo rock sung by vocalist Samia to San Fermin’s signature symphonic swoops in the chorus, with a harmony that’s both comforting and unsettling. “You’re a star, you’re a find, you’re a pretty little lie” she insists: it’s a pep talk, but it’s also a delusion.

If you’re looking for a songwriter that epitomizes the current pop zeitgeist, Michaels is it: she has a sharp intuition for bop-worthy melody and pacing, she loves some stripped-down production and her lyrics are consistently self-deprecating, raw reflections on failure and frustration. In her latest album, Inner Monologues: Part 2, she continues on her path. “Hurt Again” is one of her more acoustic tracks, in which she gives center stage to her uniquely breathy voice. “I can see the future, it doesn’t look pretty,” she sings, resigned to her fate but willing to give it a shot even so — “I’m ready to be hurt again.” For Michaels, it’s a winning formula.

Haitian DJ Michael Brun has built his career in the last few years through conscientious development of his country’s musical heritage; his new album Lokal is a loving homage to that nation’s rich styles, refracted through his own production lens. But Brun has much more to say than just rehashing one style. He’s spent the last year on tour with J Balvin and Ghanaian star Mr Eazi, and “Pa Pale” shows him stretching to the next phase, with Mr Eazi, Haitian rapper Baky and Haitian-American artist KANIS coming in. Mixing Afrobeat with strains of Haitian percussion, “Pa Pale” is catchy and insistent, making good use of a simple flute melody and the strident energy of its singers. 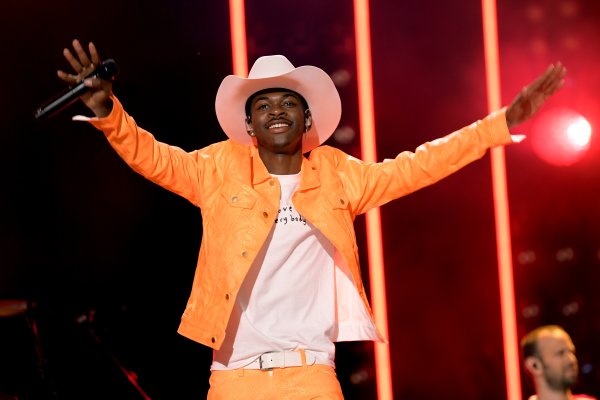