“Esto hay que tomarlo sin ningún apuro,” Luis Fonsi and Daddy Yankee implore in the first verse of “Despacito.” Take it slow, in other words. Which makes sense considering that’s what despacito means in Spanish. But the track’s rise to becoming the undisputed song of the summer this year — not to mention the most-watched video of all time — was anything but sluggish.

“Despacito,” along with its remix, reigns by every conceivable music metric, topping Billboard’s charts for more than 14 weeks in a row. The Spanish-language hit — created by Fonsi, a classically trained Latin artist, and Yankee, the king of reggaeton, and later remixed by Justin Bieber — was first released in January. By the end of the school year, “Despacito” had achieved the kind of cultural ubiquity that’s made it a must-play everywhere from Ibizan clubs and Colombian radio to bar mitzvahs on the Upper East Side.

It happens every summer. Last year it was Drake’s dancehall anthem “One Dance”; Wiz Khalifa’s tear-jerking “See You Again” the previous summer; and way before, it was Paul Anka singing about being forlorn (“Lonely Boy”) and Elton John and Kiki Dee begging to keep their hearts intact (“Don’t Go Breaking My Heart”). But “Despacito” is different. For one, it’s rewritten the rules of music promotion in the wake of streaming music. And it heralds a new era of globalized hits when foreign-language tracks can succeed in English-dominated markets. The label “world music” used to evoke the kind of soundtrack that accompanies couples’ massage. A success like “Despacito” makes it clear the genre has since been transformed.

Fonsi, who is Puerto Rican by birth but calls Miami home, has been a force in the Latin pop scene for nearly two decades. Two years ago, he says he woke up with the “Despacito” melody — a slinky acoustic guitar riff that rises and falls with anticipation — playing in his head. At a studio session that day with Panamanian songwriter Erika Ender, the duo crafted the beginnings of a hit. “It just came together the right way: the right song, the right timing, the right lyric,” he says, describing the writing experience as “very magical.”

Next, Fonsi tapped fellow Puerto Rican artist Daddy Yankee to feature on the song. Yankee’s signature raps — delivered over repetitive, almost hollow snare-drum rhythm — have made him Spotify’s most-streamed artist, above pop stars like Ed Sheeran. Together, Fonsi and Yankee rearranged the track, adding in Yankee’s urban aesthetic. “And we made a hit,” Yankee says.

When it came out in January, “Despacito” shot up the Latin charts and made headway on mainstream ones as well. Then, Fonsi says, “I got this call from Justin Bieber that he loved the song and that he wanted to release [the remix of] it in four days.” Fonsi sent a translated version to Bieber in Colombia, where the singer was on tour. He got back a remix that was, surprisingly, still mostly Spanish. (The last Spanish-language track to reach No. 1 was “Macarena” in 1996.) Bieber, who has racked up five No. 1s in the space of just 20 months, proved to have the golden touch, his remix rocketing “Despacito” even higher.

Star power lit the fire but streaming helped stoke the flames, says Matt Medved, a Billboard director. “Streaming was the difference maker in ‘Despacito’ becoming historic, rather than just another song of the summer,” he argues. The number of streaming-music subscribers has nearly doubled in the last year. In Latin American countries alone, subscribers increased over 50%; overall streams are up over 30% globally. The audience for music available digitally is bigger than ever and, consequently, plays a more significant role in the charting calculus.

Then there’s the fact that this song — with its nimble opening riff, sensual lyricism and reggaeton beat — is just the latest in a string of Latin- and Caribbean-influenced hits, all of which conditioned listeners to look for genres farther afield from mainstream rock and pop. “We figured out that this fusion between Latin pop and Latin urban music with a little bit of a tropical feel was where the song needed to be,” Fonsi says. He credits a legion of crossover artists like Enrique Iglesias and Shakira for helping pave the way for his success this year. Which is all to say “Despacito” hints at what’s to come: a generation of music that’s diverse in heritage and global in reach. 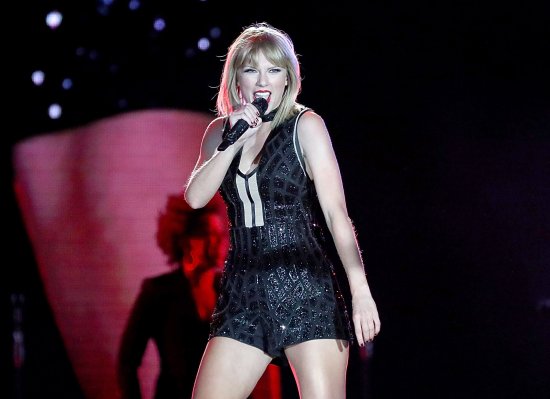