A Cracker Barrel restaurant in Tennessee turned away a pastor who preached anti-LGBT sermons, including that gay people should be executed by the government.

Grayson Fritts, a Tennessee pastor who is also a detective at the Knox County, Tennessee Sheriff’s Office, was planning a meeting with his church group at the Cracker Barrel in Cleveland, Tenn. on June 29. When the chain found out, Cracker Barrel refused to host them, citing the restaurant’s “zero tolerance policy for discriminatory treatment or harassment of any sort.”

“We disagree strongly with their statements of hate and divisiveness,” the restaurant said in a statement. “We serve everyone who walks through our doors with genuine hospitality, not hate, and require all guests to do the same.”

Fritts, a pastor at All Scripture Baptist Church, made headlines earlier this month when he posted in a sermon sermons online in which he said that people who are lesbian, gay, bisexual or transgender were “freaks” and “worthy of death.” He also called for the government to send a riot team to a Pride parade scheduled for June 22 in Knoxville.

He added that the government, including the sheriff’s office where he works, should arrest, try, convict and execute gay people, according to the Knoxville News Sentinel.

His comments have prompted prosecutors to review cases he has worked on at the Knox County Sheriff’s Office.

Mary Mancini, chairwoman of the Tennessee Democratic Party, shared a letter she sent to Cracker Barrel CEO Sandra Cochran on June 18 regarding Fritts’ planned event at the restaurant. Mancini said hosting a group like Fritts’ would be “in direct conflict” with the company’s inclusivity and diversity pledge.

Cracker Barrel is a popular Southern-style chain restaurant known for its hearty food and popular among travelers, who make 40% of the business. It serves approximately 217 million guests a year. 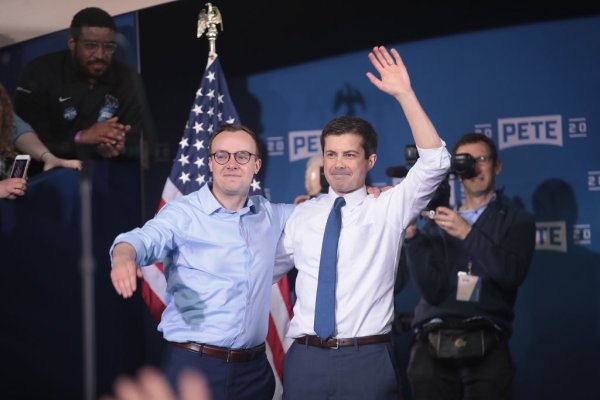 Why Pete Buttigieg's Theory About Secretly Gay Presidents Is Complicated
Next Up: Editor's Pick