Buttigieg, the first openly gay man to run for President, was speaking at an event hosted by the Dallas County Democratic Party when he was interrupted by multiple hecklers, shouting calls such as “Marriage is between a man and a woman!” and “Repent,” according to CNN’s DJ Judd.

As the hecklers were escorted out of the event, Buttigieg acknowledged to the crowd that he had fought for their right to protest, according to journalist Marcus DiPaola. Buttigieg was deployed to Afghanistan for six months on active duty as a navy officer.

A woman, who event staff said did not have a ticket, was also escorted out of the venue after crying out anti-abortion comments, according to a video tweeted by Judd.

Buttigieg has been openly gay since 2015, when he published an op-ed about his identity in the South Bend Tribune. He married his husband, Chasten Buttigieg, last year.

“Texans don’t stand for this kind of homophobia and hatred,” O’Rourke wrote. “Mayor Pete, we are grateful you came to Texas and hope to see you and Chasten back again soon.”

Both Buttigieg and O’Rourke are considered to be serious contenders for the Democratic nomination. The most recent Quinnipiac poll, from April 30, said that Buttigieg is ranking fourth among Democratic and Democratic-leaning voters with 10% of the polls (behind Joe Biden, Sen. Elizabeth Warren and Sen. Bernie Sanders). O’Rourke ranked sixth, with 5% of the vote.

Buttigieg told TIME earlier this year that his observation of homophobic behavior has convinced him that people can change and earn forgiveness.

“This idea that we just sort people into baskets of good and evil ignores the central fact of human existence, which is that each of us is a basket of good and evil,” said Buttigieg, “The job of politics is to summon the good and beat back the evil.”

The original version of this story misstated the results of the April 30 Quinnipiac poll. Joe Biden, Elizabeth Warren and Bernie Sanders polled ahead of Pete Buttigieg. 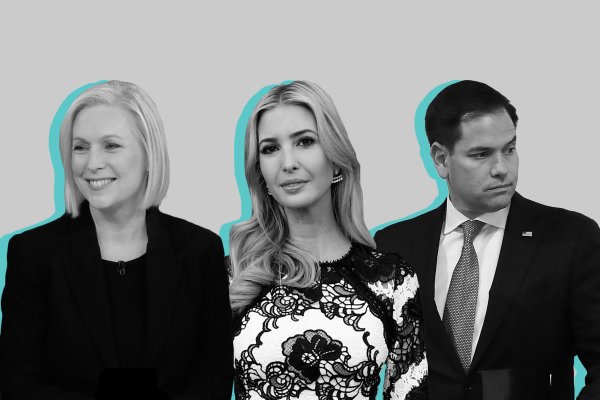 Paid Family Leave May Be Coming Soon. Here's Why
Next Up: Editor's Pick