The 10 Best New Podcasts of the Year So Far

It’s often difficult to tell how good a podcast will be from its first few episodes. Given time, hosts will adjust their banter, interviewers will refine their questions and a true crime investigator may receive an unexpected tip. That’s why we often wait until a podcast has had years to develop before adding it to our annual list of the 50 Best.

But plenty of new podcasts are showing promise in 2019. And at least 10 shows have emerged as necessary listening. Which of these shows is up your alley depends on whether you’re partial to classical music interludes on your commute, laugh-out-loud comedy for your workout or a good cry session while you fold your laundry. Or perhaps you’re partial to a particular high-profile host, like Bill Nye or Michael Lewis. This year has also brought us compelling new ventures from fan-favorite podcast veterans, like 99% Invisible’s Avery Trufelman and Slow Burn’s Leon Neyfakh.

Here are the podcasts that stood out the most in the first half of 2019.

Julie: The Unwinding of the Miracle

Julie Yip-Williams began to write about her day-to-day emotions and experiences after she was diagnosed with stage IV colon cancer at the age of 37. At one point, she observed that while she was unable to witness her own birth, she was playing audience to her own death. Her posthumously published memoir, The Unwinding of the Miracle, has topped a number of “best of” lists (including TIME’s) for a reason. Her clarity as she approached the end of her life will move you to tears. This tough but beautiful podcast, hosted by Eleanor Kagan, brings her story to life.

True crime podcasts are everywhere, but this one (thankfully) has more on its mind than the average mystery. Between 2010 and 2017, eight gay men, six of whom were immigrants, disappeared in the Toronto area. Journalist Justin Ling began his investigation into the mystery five years ago. He says in the podcast that the sexuality and ethnicity of the victims made them “easy to forget” for the local authorities. The resulting podcast concentrates on solving the crime, but also on telling the stories of the victims in a way that respectfully offers closure for friends and family. In the process, Ling elucidates the history of the LGBTQ community in Toronto and the discrimination they fought against.

Against the Rules With Michael Lewis

Moneyball and The Big Short author Michael Lewis makes his first foray into podcasting with a very Michael Lewis concept. The first episode focuses on NBA referees and how, in the recent past, they’ve come to be reviled by players and fans. Lewis then zooms out to examine people’s general distrust of the “referees of life:” the government, corporations and even our parents. It’s a simplified view of society, but it becomes increasingly convincing as Lewis plays recordings of Bernie Sanders and Donald Trump yelling at rallies that the “system is rigged.” Sometimes Lewis argues that this mistrust is justified, as in the case of a woman in the second episode who was deceived by the company who handled her student loans. (Lewis has since started a GoFundMe campaign for her.) But often, as in the case of NBA referees, it triggers a gradual erosion of social structures. Whatever you think of Lewis’ argument, you’ll find yourself debating his points with friends and family after you listen — the telltale sign of a good podcast.

Jade Simmons, a rock-star classical pianist, makes classical music cool with her new podcast breaking down the lives and works of composers. Some are better known — maybe you’ve heard of Beethoven? — and others, like Clara Schumann, didn’t get as much notice (her husband Robert got a little more attention). Simmons hits all the right notes as she blends history, scandal and musical analysis. She composes a full story arc using her subjects’ lives interspersed with beautiful renditions of their pieces. What more beautiful (and educational) soundtrack could you want for your commute?

Tell Them, I Am

Host Misha Euceph points out in the first episode of this miniseries that Muslim people in the news and on television are most often asked about Islamophobia or headscarves or terrorism. So she endeavors to ask 22 different prominent Muslim interviewees something else about their lives. Guests, from Queer Eye’s Tan France to Arrested Development’s Alia Shawkat, share personal stories about defining moments in their lives that may or may not be related to their religion or ethnicity but are crucial to their identity as human beings. It’s a deeply moving project that results in better stories from famous and interesting subjects than you might read in a profile or see on a late-night talk show.

Bill Nye’s mission to save the earth — and teach us how to help him do it — continues with his new podcast. On the live show, the science wonk invites expert guests to help him answer questions on how to maximize your energy efficiency or live longer. Each episode’s quality depends highly on the guest’s charm, but as always Nye does a good job of explaining complex or elusive scientific concepts in a simple way. The first episode features Alie Ward, the host of another terrific science podcast, Ologies, and she and Nye impart a real sense of urgency about our warming planet while conveying the idea that we can do something about it.

Comedians Michelle Buteau (who you may recognize from Always Be My Maybe and Russian Doll) and Jordan Carlos (an actor on Black Mirror, a writer on Divorce) joke about just how difficult it is to learn to act like an adult — and how hilarious our efforts can be. They answer questions like how to have private time with your partner when your kids just won’t go to sleep, and they debate the finer points of pooping etiquette, with guests including Phoebe Robinson, Danielle Brooks and Jim Gaffigan. A live studio audience gives the podcast a late-night TV feel, but it’s funnier and more cathartic.

The Shrink Next Door

True crime podcasts like Dirty John and Dr. Death can leave you with a healthy dose of guilt as they explore every single prurient detail of a tragic case. The Shrink Next Door, refreshingly, feels much less voyeuristic. Veteran journalist Joe Nocera recounts the story of a Hamptons neighbor who let his shrink make every life decision for him. The neighbor even let the doctor live in his Hamptons house while he stepped aside to become his own home’s groundskeeper, all so he could have professional advice close at hand. Nocera brings a professionalism to this podcast that is missing from some other true crime ventures, and the fact that no one was ever in physical danger allows for a more upbeat tone than the average podcast of this sort.

Leon Neyfakh, the host and co-creator of the popular Slow Burn podcast at Slate, heads to the new premium podcast channel Luminary for a show with a similar conceit. Slow Burn chronicled Watergate in its first season and the Clinton impeachment in its second, subtly drawing parallels between each story and our current political moment. Fiasco tackles a less scandalous but equally interesting event in recent history: The 2000 presidential election. Neyfakh painstakingly details how political and media missteps — from the handling of the Elian Gonzalez case to the way in which networks used exit poll data to call elections — led to the recount. It’s an enlightening listen and should be assigned to every 2020 candidate considering how small political missteps can cost the entire election.

Avery Trufelman has proven herself a podcasting superstar with the beloved design podcast 99% Invisible and its excellent spinoff series about clothing design, Articles of Interest. Her latest podcast focuses on people who attempted to design utopias throughout history. Spoiler alert: They haven’t been successful. The first, enthralling episode focuses on the real story of Jamestown, which is radically different from the Disney-fied version you saw in Pocahontas. Trufelman, who has a soothing yet engaging voice perfect for the medium, chronicles all the woes of this early American colony, from cannibalism to a stick of dynamite blowing up in John Smith’s lap. 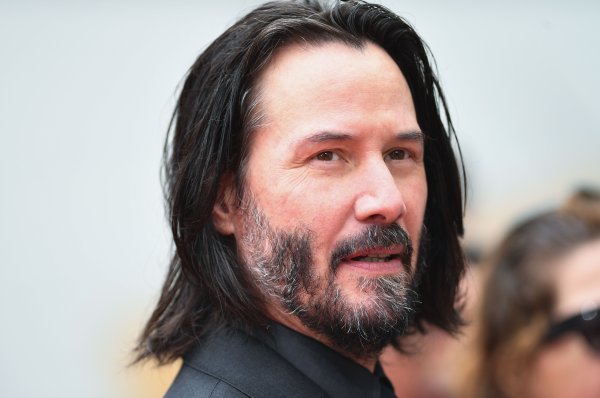 Why It Took Keanu Reeves 30 Years to Become an Overnight Sensation
Next Up: Editor's Pick