Should You Buy a PS4 or Xbox Now, or Wait for the New Models? How to Decide

With E3 wrapped up, you’re probably ecstatic about all the new games that were just announced. And there was plenty of console news, too.

Sony’s already talking about its upcoming PlayStation 5, Microsoft is teasing its newest console — codenamed “Project Scarlett” — and rumors suggest Nintendo will soon debut an updated Nintendo Switch. That’s not all: companies like Google are throwing their hat into the ring as well, promising a streaming gaming experience available nearly anywhere you can check your email.

But what if you’re in the market for a new video game console now, or considering one as a gift? Then your life just got a little more complicated — but we’re here to help.

When it comes to PlayStation, Sony was noticeably absent from E3 this year. But the company’s current console lineup is still pretty enticing. You can snag either the PlayStation 4, or the more powerful, 4K-capable PlayStation 4 Pro, along with the PlayStation VR headset for virtual reality games, offering an entire genre of content unavailable on other consoles.

If you simply want something that lets you play games, watch media through a variety of streaming services, or take part in virtual reality experiences, you can snag a basic PlayStation 4 for $299. Want to enjoy 4K content on your new TV? The $399 PlayStation 4 Pro and its increased processing power means you can stream content in 4K, play games that look more beautiful and run more smoothly even in 1080p, and enjoy PlayStation VR titles with fewer slowdowns.

Sony has already begun sharing details about its upcoming PlayStation 5, the successor to its PlayStation 4 and PlayStation Pro consoles. You could see the new console as early as summer of 2020, though a fall release date is more likely considering its predecessor’s November launch. The PlayStation 5 is also expected to include some form of backwards compatibility for PlayStation 4 games, meaning you probably shouldn’t sell your older games when the new console drops.

Microsoft and Xbox One

Microsoft currently offers the $299 Xbox One S and 4K-compatible $499 One X, which share similar same game-playing and video-streaming capabilities with the PS4 and PS4 Pro, respectively. The Xbox One X (unlike the PS4 Pro) supports 4K Blu-ray Discs, and is able to render certain games in 4K rather than upscaling them, resulting in a clearer picture. You can play certain digital titles on both the Xbox One and PC through Xbox Play Anywhere, and both consoles support backwards compatibility for certain Xbox 360 and original Xbox titles.

Trying to save some dough? There’s also a cheaper ($199), disc-free Xbox called the Xbox One S All-Digital Edition that only works with games downloaded from the internet.

At E3 2019, Microsoft also announced an upcoming Console Streaming feature, turning your Xbox One into your own personal server you can use to stream your game library to devices like your smartphone or tablet when you’re not at home but still want to destroy some Nazis.

Microsoft also teased its new console, Project Scarlett, which is set to arrive “holiday 2020,” the company says. It’s promising support for 8K TVs, SSD storage for faster loading times, and buttery smooth gameplay at up to 120 frames per second, in addition to some form of backwards compatibility.

In addition, Project Scarlett — and its purported increase in processing power — is seemingly integral to Microsoft’s xCloud game-streaming service. Details on the service are slim, but Microsoft gearing up to let users stream games from either its Xbox-powered servers or a user’s own console sounds similar to what Google’s up to with Stadia (more on that below).

Nintendo fans can grab the hybrid Switch console, which can be played on the go or on your TV via its charging dock. Sure, you can also grab the truly portable Nintendo 3DS — still supported, according to senior vice president of marketing Doug Bowser — but it’s quite long in the tooth, and developer enthusiasm has waned.

The current Switch, at $299, is still pretty much a brand new console, and likely has years of life ahead of it. But a rumored mobile-only version might be worth holding out for if you’re more inclined to use the Switch on the go for your commutes or long plane journeys — it could be slightly smaller and offer better battery life, both nice perks for gaming while traveling.

Google Stadia is the search giant’s big new move in gaming. Unlike traditional games consoles, the software powering Stadia games will run on Google’s data centers, while the games are beamed to user’s screens over the internet.

Stadia won’t be available until November, but you can pre-order a “Founder’s Edition” for $129 now. That package will include a Chromecast Ultra (for streaming games in 4K), a Stadia controller (required for playing), a three-month subscription to Stadia Pro, along with another three-month subscription you can share with a friend. You’ll also get first dibs on picking your Stadia username, which will be tied to your Google account.

A $9.99 per month Stadia Pro subscription will allow you to stream games to your Chromecast-equipped TV, Chrome browser, or to your Pixel 3 or Pixel 3a smartphone. More devices will be supported later, Google says. You’ll also get a selection of free games to play, starting with Destiny 2: The Collection. And you can buy games individually outside your subscription as well.

Before getting started with Google Stadia, you’ll need to make sure your internet connection will be able to handle the data-intensive service. Google recommends a connection of at least 10 Mbps for streaming at 720p quality. For 4K resolution, you’ll need at least 35 Mbps.

One downside of Google Stadia: If your internet connection decides to peter out, you won’t be able to play games for a while. And given the lackluster state of broadband more generally — 24 million Americans still lack fixed terrestrial broadband at speeds of 25 Mbps/3 Mbps, according to an FCC report — you might have trouble getting the necessary speeds to begin with, or need to pay extra for a speed boost from your Internet Service Provider (ISP).

What’s a gamer to do?

So which direction should you go? If you already have a console from this generation, the smartest move to make is likely none at all. Buying a console this year would put you on the tail end of a generation — meaning that “new” console will be on the chopping block by next year.

One big exception is gamers looking to upgrade for 4K compatibility. If you have a non-4K PlayStation 4 or Xbox One but you have a 4K television, you’ll see a big difference in making the jump.

And if you don’t yet have a PlayStation 4, Xbox One or Nintendo Switch at all, it’s a perfectly fine time to grab any of them, especially if you score a deal or buy used.

Either way, don’t forget to start saving up for next year. E3 2020 is less than a year away, after all. 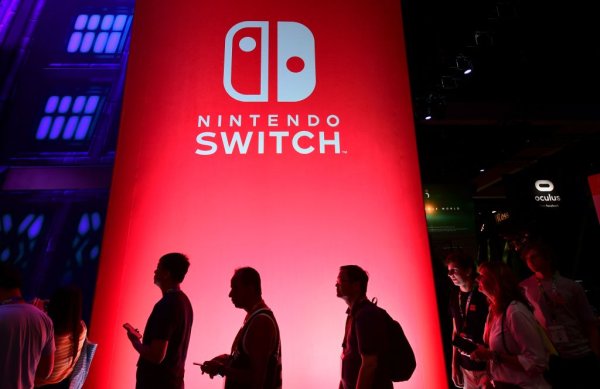