Amid the news-packed chaos that is the Electronic Entertainment Expo — or E3 for short — TIME caught up with Doug Bowser, the president of Nintendo of America. (Yes, that’s his real name.)

Our conversation followed a busy day for Nintendo, which on Tuesday announced a sequel to the much-loved The Legend of Zelda: Breath of the Wild and revealed more details about Luigi’s Mansion 3, Animal Crossing: New Horizons and more. Unlike some of its competitors, however, Nintendo was tight-lipped when it came to hardware, using this year’s E3 to instead focus on new games for its console/mobile hybrid Switch platform.

Speaking via phone from the E3 floor, Bowser discussed Nintendo’s latest news, the company’s efforts to appeal to a wide range of gamers, and how it can help address crunch and burnout among video game developers. The following conversation has been lightly edited for length and clarity.

TIME: Tell us more about how Nintendo’s E3 is going so far.

Bowser: One thing we really wanted to showcase was that we have games for every type of gamer … with games like Luigi’s Mansion 3, or Pokémon Sword and Pokémon Shield. Those games are providing really fun and unique gameplay experiences. And then what we’re also stressing is that when coupled with the Nintendo Switch, people can play their favorite games, but wherever and however they’d like to.

Overall, I think that message with the Nintendo Direct came across well. People have been commenting on the amount of titles, and the steady cadence of content that is coming this week all the way through the launch of Animal Crossing: New Horizons in early 2020. It’s not only content from Nintendo, but from our publishing partners, games like Marvel Ultimate Alliance 3 or Wolfenstein: Youngblood or The Witcher 3, and content from indie providers.

TIME: A lot of Nintendo’s first-party games have an all-ages feel to them — they’re either aimed at kids, or at least kid-friendly. But there’s a couple, like Wolfenstein, Doom and Alien: Isolation that aren’t. How do you view the balance between having the Nintendo brand seen as kid-friendly, but also attract gamers who aren’t interested in that content?

Bowser: One of our objectives with Nintendo Switch has been to provide games for every type of gamer. That allows us to expand the install base to the broadest number of gamers possible. Yes, we have some great Nintendo content that is very family-friendly … but we also want to make sure that, when I say we have content for all types of gamers, we do allow for representation for other genres and other artistic styles.

In the end, we want Nintendo Switch to be a platform of choice, where we give players the choice of what content they want to play, be it Nintendo content or content from other publishers.

TIME: One of the headlines at E3 this year has been game streaming services, where the processing happens on a server somewhere and the gameplay is beamed to players over the Internet. Is Nintendo interested in that concept?

Bowser: Overall, we think it’s really interesting to be watching what others are doing and what they’re up to, and considering how the video game experience may evolve based on new technologies. We’re looking at those technologies and understanding their capabilities and how they may contribute to the gameplay experiences we desire with our IP and characters and environments.

However, we also believe that at this point in time Nintendo Switch also offers a very compelling and unique gameplay experience. It’s a very unique platform in that you can play it at home on your TV, and instantaneously pull it out of the dock and go to a portable mode, whether that’s a tabletop mode or a handheld mode, and continue playing that game seamlessly wherever you go. That proposition of hardware coupled with a catalog that’s over 2,000 games deep is one reason that fans are still choosing Nintendo Switch as their platform of choice.

TIME: How do you plan to keep the Switch’s sales numbers up as the year continues?

Bowser: If you were here, you’d see. I mean that teasingly, but if you walk out on the show floor you would see the enthusiasm for the content.

The great games we’re bringing to the Nintendo Switch this year serve a couple of purposes. One, they continue to keep existing Switch owners really engaged … but it’s also really important as we are then bringing new gamers onto the platform. There are games like a Pokémon Sword and Pokémon Shield that will bring new players onto the platform.

It’s that good balance of continuing to communicate the value proposition of the Nintendo Switch as a unique gaming device … and the great games that are coming to the platform. It’s both of those messages that will allow us to continue to have that momentum going forward.

TIME: There were some whispers going into E3 that Nintendo is working on a new form of the Switch. Should we expect any news on that front this year?

Bowser: Mr. Furukawa (Nintendo President Shuntaro Furukawa) mentioned in his financial briefing that E3 would be all about the games, and that we wouldn’t be talking about hardware, and that certainly has been the case. It’s been all about the games, and at this point, we’re not talking any more about new platforms or extensions of Nintendo Switch. We’re just entering into the third year of Nintendo Switch with strong momentum, and that’s the focus here.

In this photo provided by Nintendo of America, Doug Bowser, Senior Vice President Sales and Marketing, poses with Mario at the Nintendo Switch in Unexpected Places activation at Madison Square Park in New York.
Michael Loccisano—Getty Images for Nintendo of Ame

TIME: With the Switch, you’ve got a console that works great on the go. But you’ve also got another mobile system, the 3DS. What is the fate of that system?

Bowser: At this point, we have no games to announce on 3DS at this show, and in fact we’re not really showing 3DS content here, because it is all about Nintendo Switch.

But our 3DS business continues to do quite well. Retailers continue to support both the hardware and the software. And as long as there’s consumer demand for 3DS, we’ll continue to support it. In fact, we believe it’s a great entry point for young gamers. A 2DS at $79 with a game included is a great value proposition for a young gamer coming into the Nintendo ecosystem.

TIME: Getting back to other trends at E3 this year, other gaming companies are talking about cross-play, where someone on a PlayStation could play with someone on an Xbox. Will Nintendo adopt similar technologies?

Bowser: We look at each game that comes onto the platform, and determine the right form of gameplay, whether it’s solo, co-op, multiplayer or even cross-player. We have some examples with our publishing partners of being able to enable cross-play capabilities, the best one that we can talk about is Fortnite.

We continue to look at opportunities as they present themselves, in particular from our publishing partners, to be able to enable that. We want people to be able to play games the way they want to play games, so it’s always a consideration.

TIME: What does Nintendo do to support indie game developers?

Bowser: We want to bring the best publishers and the best games onto the Nintendo Switch, and that includes great games from our “Nindie” partners. We work closely with each partner — each partner may have a different need, obviously the ability to build on commonly available engines like Unity or like Unreal enables those indie publishers to build content for Nintendo Switch, then we work with our publishing partners depending on what need they may have from either a development standpoint or a marketing standpoint to make sure we’re a platform of choice for them.

Just this year, there are some fun games down on the floor. We’ve got Hollow Knight: Silksong, a new Super Lucky’s Tale, some really good games coming from our developing partners, especially on the indie side.

TIME: One of our reporters recently spoke to video game developers about the stress of working in the industry, the “crunch,” so on and so forth. What is or what can Nintendo do to address those issues?

Bowser: Nintendo, in general, we absolutely stress the importance of work-life balance. We want our employees to have that balance. We think it’s important because that’s how we are able to produce quality games. That balance will bring about quality games. As a result, it’s important to us. We encourage people to take the proper amount of vacation, enjoy time away from the office with family, friends, community events, et cetera.

And I encourage the same in my business unit. It’s very, very important.

TIME: Do you get the chance to play games often?

Bowser: I do, but not enough. My biggest worry right now is that there’s such a strong lineup of games we’re rolling out this year, that when will I ever get the time to dive into them all?

Right now I’m playing — I’m looking at my Switch — I’m still diving deep into Super Mario Bros. U Deluxe and trying to get through the game. I’m a bit of a completionist when it comes to platformers. I’m playing Cuphead right now, being challenged by Cuphead —

Bowser: Oh my goodness. But it’s such a great game, it’s challenging and hard but you keep going back for more. And then I’m looking forward to playing Luigi’s Mansion 3.

The original version of this story misstated Doug Bowser’s role at Nintendo of America. He is president, but not COO. 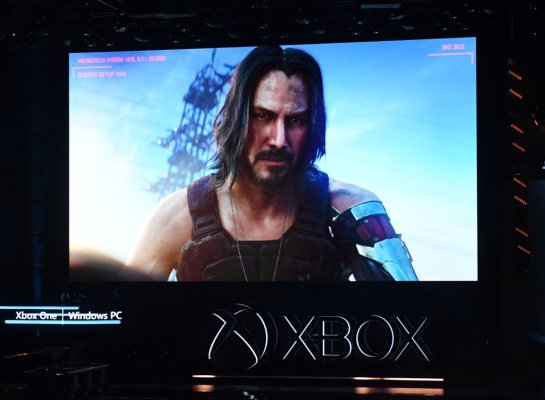 Missed the E3 News? Here Are the Games and Consoles We're Most Excited About
Next Up: Editor's Pick