Review: Google's Pixel 3a Is the Best Low-Cost Smartphone You Can Buy

Turns out, not everyone wants a fancy smartphone. The latest and greatest might be catnip for the early adopters among us, but for someone who wants a phone that just works, spending thousands of dollars can be overkill. Even half a grand might seem like a lot for something you’ll probably accidentally drop in a river, leave behind in a taxi or simply get bored of after a few years.

So what’s a budget-conscious smartphone shoppers to do? Google thinks its new Pixel 3a smartphones — more affordable versions of the company’s flagship Pixel 3 and 3 XL smartphones — are the answer. While the cheaper Pixel phones don’t have all the features you might want in a smartphone, they nail the basics and come with an awesome camera to boot — maybe that’s what the “a” stands for.

At first, the $399 Pixel 3a and larger $479 3a XL look virtually identical to the more expensive Pixel 3 line, but the differences become apparent when you pick them up. The 3a ditches the Pixel 3’s glass exterior for a more affordable plastic one, for instance, but it still has a fingerprint sensor. Other changes include uninspiring stereo speakers as well as single front-facing camera, compared to the two on the Pixel 3. The 3a makes up for those tweaks by adding a much-needed 3.5mm headphone jack, in addition to a USB-C port. One unfortunate side effect of the new design: the 3a’s slightly larger body makes it a few millimeters too tall for any Pixel 3 cases. Meanwhile, the Pixel 3a’s 5.6-inch OLED screen lacks top-end features like HDR support, but its high-resolution display and vibrant color reproduction makes streaming video and games look great.

The Pixel 3a’s sacrifices become more apparent inside the device, highlighting the differences between the affordable and the opulent when it comes to smartphones. Enticing yet non-essential features like wireless charging and the secondary wide-angle selfie camera are gone. The lack of wireless charging means some of Google’s own accessories, like its Pixel Stand, won’t work with the 3a. And you won’t get any waterproofing, a feature found on more expensive devices. You will, however, be able to enjoy fast-paced games and apps thanks to its capable mid-range processor and 4GB of RAM. As for actual storage, 64GB is your only option (sorry, hoarders). While it might not sound like much, if you’re using the 3a to take photos, you can store them for free in Google Photos without taking up any extra space. And besides, you’re probably streaming all your content anyway.

Google smartly makes up for some of those hardware drawbacks with some pretty incredible software. Take, for instance, the Google Assistant, which is getting smarter all the time. Using Call Screen, the Pixel 3a (along other Pixel smartphones) can redirect incoming calls to a text message-like interface where the caller’s voice is transcribed, letting you respond with a list of preset messages designed to handle spam calls or tell someone you’ll call them back. It’s one of many useful features Google’s machine learning and voice assistant efforts are bringing to the table that make using your voice assistant a little less awkward.

The Pixel 3a’s real ace in the hole is the single rear camera. Nearly identical in quality to the Pixel 3’s much-loved camera, the stunning images and extra features commendably make up for the device’s shortcomings. Every camera feature from the Pixel 3 — from time lapse shooting to portrait mode — is present. That includes Night Sight, which produces incredible low-light images that blow the competition out of the water, and is reason enough to consider the Pixel 3a. When using Night Sight, you’ll hold the phone still for about 5 seconds while it takes multiple images, then processes and combines them using machine learning to create a sharper, brighter image than would otherwise be possible. It’s the coolest thing to happen to smartphone cameras since manufacturers decided two lenses were better than one.

That the Pixel 3a is this good underscores a fact that smartphone makers would perhaps rather keep quiet: The benefits you reap from spending big bucks on a flagship device are marginal at best. Unless you really need the best of the best, a cheaper option is typically enough. Google in particular deserves credit for working smarter rather than harder, using a better voice assistant and smarter camera to compensate for lesser hardware.

Of course, there are plenty of other cheap smartphones to choose from, and they’re getting better every year. Motorola’s low-end Android smartphones are regularly priced under $300, and Nokia’s foray into the Android smartphone market has led to some gorgeous-looking smartphones with decent enough cameras at a similarly low cost. These phones are certainly capable, though they won’t run graphically intense games or take as impressive photos as the Pixel 3a. And this being a Google phone, it’ll get the latest Android updates as soon as they’re available.

While the threshold for “inexpensive” depends on the thickness of one’s wallet, Google’s Pixel 3a is worth every penny, especially when compared to the competition. You’ll definitely find cheaper devices running Android, many of which have equally large and garishly bright displays, or boast similar internal specs like RAM or storage space. But none can hold a candle to what the Pixel 3a offers: an up-to-date operating system that keeps users at the forefront of Android’s latest developments, a quality camera that can conquer darkness, and a price point less likely to break the bank. 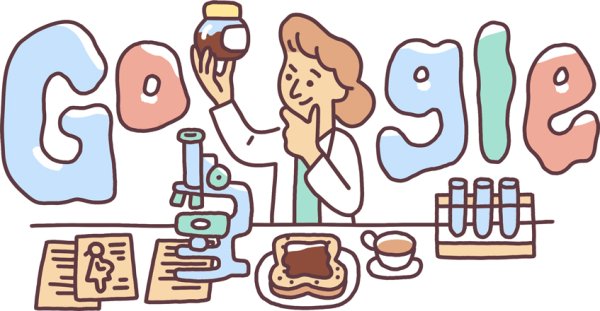 Google Celebrates Lucy Wills, Who Found a Simple Solution to Improve the Health of Pregnant Women Everywhere
Next Up: Editor's Pick