Plant Guy has fulfilled his dream of giving Kawhi Leonard his housewarming gift — and the internet couldn’t be more thrilled.

“Plant Guy,” as he has been dubbed, has been the subject of much adoration. Online, he’s been called a sensation, the “funniest fan ever,” and best of all? A hero.

This most recent internet superstar sprouted onto the scene when he was celebrating the Toronto Raptors’ defeat of the Golden State Warriors in Game 6 of the 2019 NBA championships in Toronto. He was lugging around a housewarming plant he had named “Kawhactus” with the hopes of bestowing it on the Finals MVP Kawhi Leonard.

As superfans flooded the streets to join the revelry, he stood out. Perhaps his joie de vivre helped. But the huge plant with a story definitely did the trick. He rocketed to fame when he was documented by a Canadian news reporter. And he and his plant prop seized quite a bit of the shine with his plant mission.

“It’s a housewarming gift for Kawhi. He’s staying!” he explained, addressing rumors that the free agent might move on. “I’m waiting. Have you seen him? …. Well, when you see him, tell him I’ve got a housewarming gift. Tell him I love him. Tell him thank you for the shot.” It’s the thought that counts.

At Monday’s parade, he finally got his window and he took it, giving it to the star player with great ceremony.

“If I made that man laugh over my nonsense, my life’s good,” he said in an interview with Global News.

It was a fun moment in a victory celebration that also turned serious when gunshots rang out amid the revelry in Nathan Phillips Square. Toronto police confirmed that four people suffered non-life-threatening injuries, and three people were arrested in the fracas. The celebration restarted after authorities deemed the threat to public safety had ended. 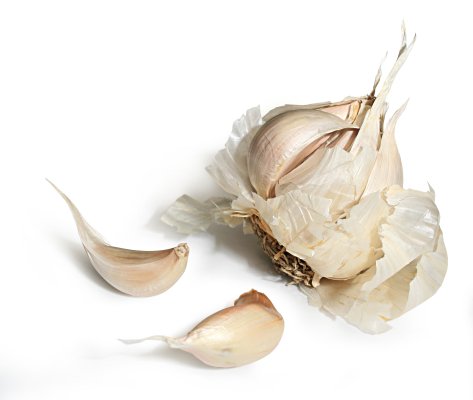 Intense Garlic Hack Has Captivated the Internet and People Have Never Been More Pumped to Peel
Next Up: Editor's Pick