Toronto was full of people celebrating the Raptors’ first NBA title late into the night on Thursday, but there was one fan whose unique championship style stood out from all the rest.

Following the Raptors’ defeat of the Golden State Warriors, a new Internet hero sprouted up in the form of “Plant Guy,” a fan who was carrying around a large housewarming plant with the intent of gifting it to Finals MVP Kawhi Leonard.

In a video that has since gone viral, Plant Guy chatted with Global News about his vegetal offering. “It’s a plant for Kawhi. It’s a Kawhi plant,” he replied when asked what type of plant it was. “It’s a Kawhi cactus, a ‘Kawhactus.'”

Plant Guy then went on to riff on the popular Toronto cheer, “We the North,” by starting a chant of, “We the forest,” sparking a wave of love on social media. “THIS IS THE GREATEST VIDEO OF ALL TIME!!!,” tweeted one Plant Guy enthusiast. “Plant Guy should be protected at all costs!”

See some of the best responses to Plant Guy below. 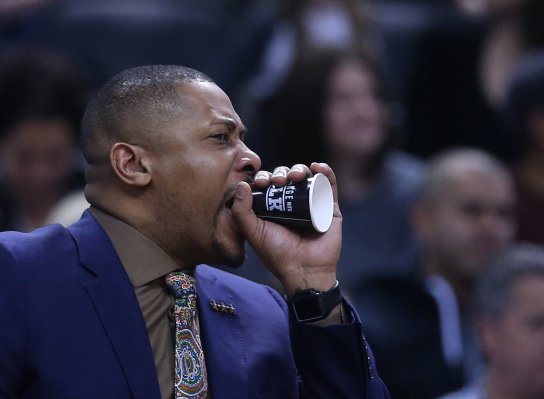 Meryl Streep Isn’t the Only One to Scream Herself Into Meme Status and This Guy Has a Gatorade Cup
Next Up: Editor's Pick