Queen of the North and keeper of tea Sophie Turner tied the knot with Joe Jonas in a surprise, post-awards show wedding in Las Vegas this May, but lest you assume that her nuptials meant that this married lady was settling down, think again.

Turner embarked on a bachelorette party of epic proportions this week that appears to have taken place over the span of at least four days, across three different countries, in the company of both her mother and her closest friends, including her Game of Thrones sister and IRL bestie, Maisie Williams. Thanks to social media posts by Turner and her friends, it’s been fairly easy for anyone with an Instagram account to track the jet-setting itinerary of this bachelorette extravaganza.

The activities have ranged from attending a Jonas Brothers concert during the London stop of their Happiness Begins tour (the perks of marriage to a JoBro!) to partying in wigs in Benidorm, Spain, with stops along the way for swimming at the Soho House in Berlin and a quick McDonald’s snack break while en route on a private jet.

The fun’s not over yet either; according to People, Turner and her pals are also visiting Prague on this European tour of a hen party. 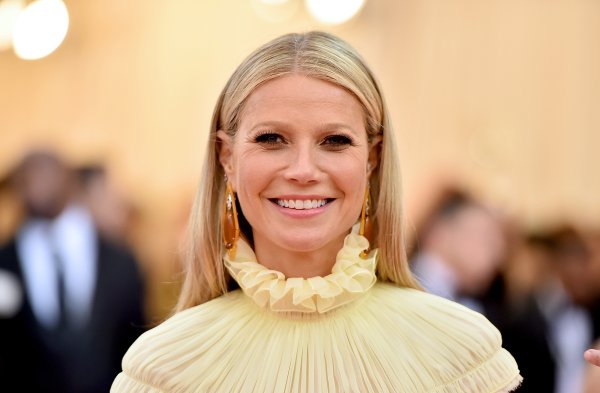 Gwyneth Paltrow Doesn't Always Live With Her Husband. A Relationship Expert Says There Can Be Benefits to That.
Next Up: Editor's Pick