Sophie Turner Knows You Want Her to Live Happily Ever After With Maisie Williams. Here's How She Played Along.

Sophie Turner and Maisie Williams have never been shy about expressing their affection for one another. But on the Game of Thrones set, the onscreen sisters turned off-screen best friends apparently were happy to play up their close relationship.

During a Wednesday appearance on Conan, Turner explained that she and Williams were fully aware that some people were convinced they were romantically involved.

“We played into it,” she told host Conan O’Brien about people thinking that she and Williams were a couple. “So, on the set, we would kind of do the scene, and then we would try and kiss each other in the middle of the scene and see if anyone would react. And it’s Game of Thrones, so incest is so normal that they were just like, ‘Alright, that’s fine’…It was probably the most tame thing that happened on the show, actually.”

However, when O’Brien asked if Turner and Williams were trying to start a dating rumor about themselves as a joke, Turner had a much simpler explanation. “Sometimes you just wanna make out with your best friend,” she said. 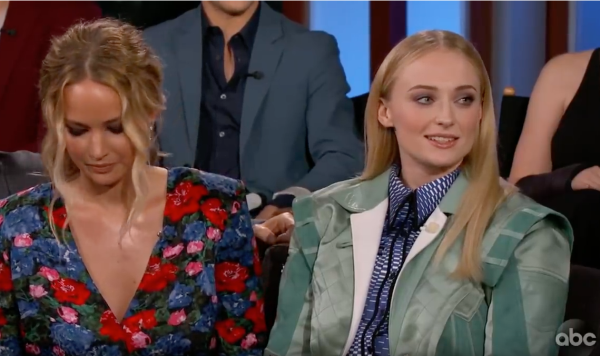 Sophie Turner Has a Surprising Way to Cope With This Totally Rational Greatest Fear
Next Up: Editor's Pick