President Donald Trump and Prince Charles discussed climate change during the President’s state visit to the U.K. this week. But Trump continued to dismiss dire concerns about climate change, faulted other countries for inaction and defended the U.S. as “clean” — even though U.S. carbon emissions surged last year and his administration has unraveled environmental policies.

Trump has called climate change a “hoax,” and his administration has rolled back environmental protections aimed at preventing climate change and moved to pull the U.S. out of the Paris climate accord. The head of the Environmental Protection Agency recently said climate change was not his top priority, dismissing scientist concerns as overblown.

“What he really wants and what he really feels warmly about is the future,” Trump said of Prince Charles. “He wants to make sure future generations have climate that is good climate, as opposed to a disaster, and I agree. I did mentioned a couple of things. I did say, ‘Well, the United States right now has among the cleanest climates there are, based on all statistics.’ And it’s even getting better because I agree with that. I want the best water, the cleanest water —crystal clean, crystal clean air.”

Recent reports have shown that while the 1970 Clean Air Act and the Obama-era Clean Power Plan have improved air quality and saved lives in the United States, progress has stalled amid the Trump Administration’s rollback of environmental regulations. More than 141 million Americans lived in areas with unhealthy air pollution levels in 2015 to 2017 — an increase over the previous two years, as ozone pollution worsened across much of the country, according to the 2019 State of the Air report.

Trump also faulted other countries for their role in air and water pollution. “China, India, Russia, many other nations, they have not very good air, not very good water in the sense of pollution and cleanliness,” Trump said. “They don’t do the responsibility.”

While World Health Organization data show average air pollution levels are much higher in China, India and Russia than in the U.S., the United States remains one of the top countries when it comes to total carbon dioxide emissions, second only to China, according to data from the International Energy Agency.

During the interview with Good Morning Britain, Trump also denied climate science that shows the environmental crisis is worsening, but said he was “moved” by Prince Charles’ passion. More than 143 million people could be displaced by climate change by 2050, the World Bank concluded in a 2018 report. A landmark United Nations report published last year determined the planet could see the worst effects of climate change as early as 2030 if global warming continues at its current rate.

“I believe that there’s a change in weather, and I think it changes both ways. Don’t forget, it used to be called global warming. That wasn’t working. Then it was called climate change. Now it’s actually called extreme weather — because with extreme weather, you can’t miss,” Trump said on the morning show.

Scientists have said devastating wildfires, droughts and heavy flooding in different parts of the country are linked to climate change.

Correction, June 6
The original version of this story misstated the status of American involvement in the Paris climate accord. The Trump Administration has begun the process of withdrawal from the Paris accord, but the U.S. has not yet fully withdrawn from the accord. 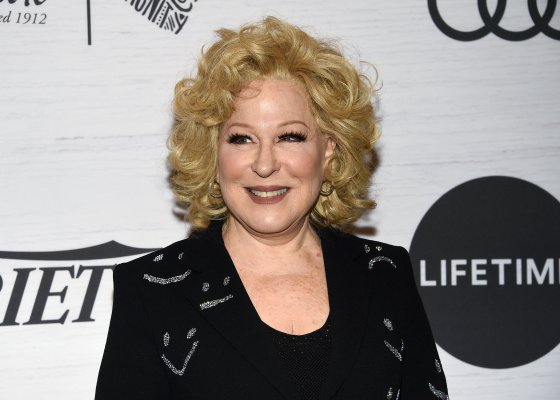 Trump Calls Bette Midler a 'Washed Up Psycho'
Next Up: Editor's Pick