143 Million People Could Soon Be Displaced Because of Climate Change, World Bank Says

Climate change, already a growing driver of migration, forcing families to flee water scarcity, crop failure and rising sea levels, may cause as many as 143 million people to be displaced by 2050, the World Bank has concluded in a new report.

The report, Groundswell: Preparing for Internal Climate Migration, examines the impacts of internal, or in-country migration as people increasingly look for more viable places to live in the face of slow onset climate change impacts.

The shift will likely involve the poorest people from the poorest countries moving in large numbers from rural regions to increasingly overburdened urban areas. Without prior planning, such dramatic swells of migration could lead to major disruption and instability, the report says.

The World Bank urged cities to prepare infrastructure, social services and employment opportunities ahead of the predicted influx, warning that “adaptation in place” strategies to make rural areas more resilient have limitations.

The report, the first to look at such possible population distributions within countries, estimates up to 86 million people could be displaced in Sub-Saharan Africa, 40 million in South Asia, and as many as 17 million in Latin America. While these numbers reflect outcomes if current trends are sustained, all the World Bank’s models, even those taking into account optimistic “climate-friendly” intervention, show climate change will increase displacements.

This migration is expected to intensify over the next few decades before further accelerating beyond 2050.

A Somali woman displaced by drought waits for food and water at an aid distribution centre outside Mogadishu on April 6, 2017.
Mohamed Abdiwahab—AFP/Getty Images

In a best-case scenario, the study estimates that if urgent steps are taken to reduce greenhouse gas emissions and authorities engage in climate change preparations, the number of people displaced could drop from 143 million to 40 million.

“We have a small window now, before the effects of climate change deepen, to prepare the ground for this new reality,” Kristalina Georgieva, World Bank’s Chief Executive Officer, wrote in a statement. “Steps cities take to cope with the upward trend of arrivals from rural areas and to improve opportunities for education, training and jobs will pay long-term dividends.” 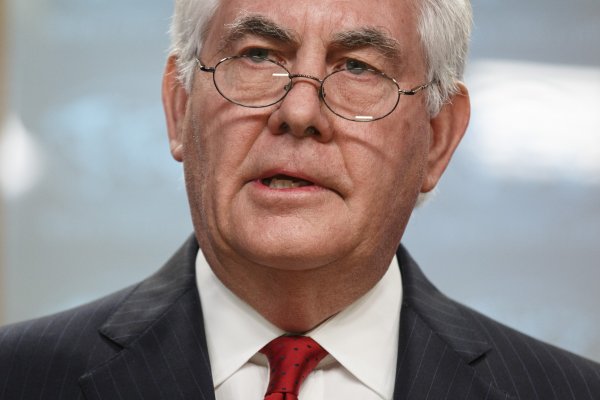 The White House's Climate Change Believers Are Headed Out the Door
Next Up: Editor's Pick