Meghan Markle and Prince Harry decided to buck royal tradition for the birth of their son, Archie Harrison Mountbatten-Windsor. While most members of the British royal family, including Princess Anne, Princess Diana, and Kate Middleton, the Duchess of Cambridge, chose to give birth at the Lindo Wing at St. Mary’s Hospital in London, Markle opted for a different maternity ward. For the sake of privacy, though, exactly which one she chose was a secret — until now.

After weeks of speculation, the birthplace of the newest royal baby has been confirmed with the reveal of Archie’s birth certificate. Under British law, all births must be registered within six weeks. Once done so, birth certificates become public records.

The birth certificate of Archie Harrison Mountbatten-Windsor, son of the Duke and Duchess of Sussex, who was born at the Portland Hospital in London.
Jonathan Brady - PA Images—PA Images via Getty Images

While it was initially believed that Archie was born on May 6th at their home Frogmore Cottage, it turns out that while Markle and Prince Harry didn’t stray that far from royal norms. Baby Archie was born at the private Portland Hospital in Westminster, London. He wasn’t the first member of the royal family to be born there, either. Sarah, Duchess of York, welcomed her two children at the hospital, as did both Lady Sarah Chatto and Serena-Armstrong Jones, Countess of Snowdon (the daughter and daughter-in-law of Queen Elizabeth’s sister, Princess Margaret respectively).

The birth certificate lists Archie’s full name, as well as those of his parents, and lists his parents’ occupations as “Prince and Princess of the United Kingdom,” which is certainly a nice thing to put on a business card. (Kate Middleton’s occupation was listed similarly on her childrens’ birth certificates.) Archie himself does not yet have a royal title, likely because Prince Harry and Markle “want a normal life for their children,” royal expert Marlene Koenig previously told TIME.

The news of Archie’s birthplace comes just ahead of the first wedding anniversary of his parents, who are also known as the Duke and Duchess of Sussex. 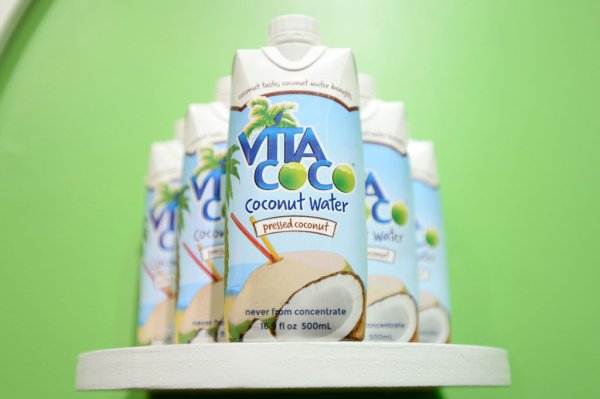 A Coconut Water Brand Tried to Engage With Its Critics. It Ended Up Offering to Send One a Bottle of Pee
Next Up: Editor's Pick