An Israeli spacecraft currently on its way to the the moon is toting a 30-million-page “civilization backup,” according to NBC News.

The ‘Lunar Library’ started its journey to outer space late February on a robotic lunar lander called Beresheet launched by SpaceX. The archive, which is housed on a metal disc about the size of a DVD, was created by the Arch Mission Foundation, a Los Angeles-based non-profit. The archive is intended to preserve records of human civilization for at least 6 billion years.

The 200GB of data contained on the archive includes tens of thousands of fiction and non-fiction books, the entire English-language contents of Wikipedia, textbooks, a full reference library and some Israeli songs and children’s drawings. Language translation tools and instructions on how to access and decode the information is also written onto the disc.

“For the survival of our species, we need to find ways to raise our awareness of what worked and didn’t work, and we need to ensure it is shared with the people of the future,” Nova Spivack, co-founder of Arch Mission Foundation, told NBC in an email.

Read More: Israeli Spacecraft Took Selfie With Earth on Its Way to the Moon

The NGO has already sent a copy of the English-language contents of Wikipedia into low-Earth orbit and put a copy of Isaac Asimov’s science-fiction trilogy Foundation in the glovebox of a Tesla Roadster which is expected to orbit the sun for hundreds of millions of years.

“The Roadster is the perfect place to put an Arch library so that it can be noticed and retrieved in the distant future,” says a statement on Arch Mission’s website.

The Israeli lunar lander took off from Florida’s Cape Canaveral Air Force Station on Feb. 21. It will remain in Earth’s orbit until it gets close enough to the moon to enter its gravitational pull, which is expected to be in early April. If the landing its successful, it will be Israel’s first touch down on the moon. 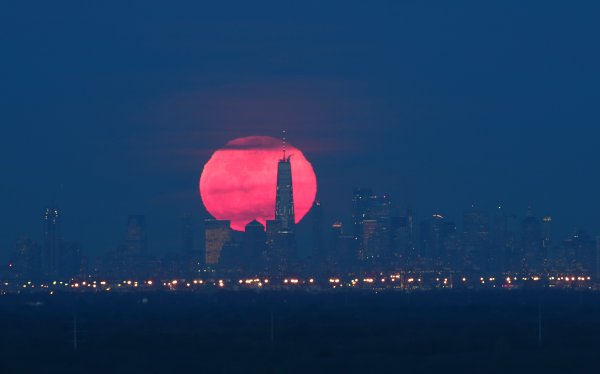 There Will Be a Super Worm Moon on the Spring Equinox. Here's How to See It
Next Up: Editor's Pick