The American tradition of spring break is often seen as a rite of passage among high school and college students. But for those who aren’t partaking in the stereotypical ritual of partying in a tropical location for a week, sitting at home watching spring break movies on Netflix may be the next best thing.

From flicks that embody the party culture that is so often associated with spring break to movies that are about a spring break trip, some of the best spring break movies are currently available to stream on Netflix

See the full list of TIME’s picks for the 10 best spring break movies on Netflix below.

If you’re trying to get in the spring break spirit, how can anyone go wrong with a movie that has the tagline, “Spring break forever, b—ches!”? See Selena Gomez (Faith), Vanessa Hudgens (Candy), Ashley Benson (Brit) and Rachel Korine (Cotty) star opposite James Franco as a rapper named Alien who deals drugs in this R-rated heist flick. As an added bonus, there’s a robbery montage set to Britney Spears’ “Everytime,” which Franco plays on an outdoor piano.

Thanks to its reputation as one of the quintessential raunchy high school comedies, American Pie is obviously a must-watch in the catalog of spring break appropriate movies. As TIME’s Judy Berman writes of the teen sex comedy genre, “As the world changes, at least one fact of teenage life remains constant: the typical American high schooler is a hormone-addled mess of insecurity, naiveté and horniness.”

Spring break just so happens to often overlap with many of those aspects of teenage life. Plus, who doesn’t love a good “This one time at band camp” joke?

Fans of electronic dance music will want to check out this Netflix original about a teenage DJ (Graham Phillips) who gets the chance to play a set at the biggest rave in America. Set against the backdrop of the titular all-night desert bash, this neon-saturated festival flick — which also stars Sarah Hyland and Hayley Kiyoko — has the perfect soundtrack to fuel the ultimate spring break blowout, or your own personal dance party.

Forget Deadpool. Travel back to 2002 when Ryan Reynolds landed his breakout role as big man on campus Van Wilder, a seventh-year senior at Coolidge College who makes it his mission to win over student journalist Gwen Pearson (Tara Reid) after she outs his illicit party-planning business. Van Wilder has enough party sequences to fill the spring break quota of the wildest among us — and nearly as many gross-out gags besides. But before you decide to press play, keep in mind that, as the Washington Post notes, not all of Van Wilder‘s jokes have aged well.

Any college-aged spring breakers who are feeling nostalgic for high school should check out The Edge of Seventeen to be immediately cured of that nostalgia. Truth be told, there’s nothing exotic or glamorous about Edge of Seventeen. But it does serve up the right balance of teen angst, awkward hilarity and genuine warmth to be a great coming-of-age movie — a.k.a. it’s the perfect foil to a stereotypical spring break flick. Not to mention that it stars Hailee Steinfeld (Nadine).

Gillian Jacobs (Harper), Phoebe Robinson (Leah) and Vanessa Bayer (Nikki) star as a trio of gal pals who jet off to Barcelona (followed by Ibiza) for a work trip turned lost weekend in this Netflix original girls’ trip comedy. Ibiza may not technically be a spring break movie, but thanks to Harper’s meet-cute and subsequent romance with superstar EDM DJ Leo (Richard Madden), it fits the bill of a vacation fling flick.

47 Meters Down is the perfect movie for anyone who has no plans of going anywhere near the ocean this spring break — or really, ever again. When sisters Lisa (Mandy Moore) and Kate (Claire Holt) decide to give shark cage diving a go, their Mexican vacation quickly takes a colossal turn for the worse. Coming face-to-face with a great white shark while inside a steel cage may sound exhilarating, but what about when that cage detaches from the boat and falls all the way down to the pitch-black ocean floor? Not so much.

Netflix’s original documentary chronicling the “unprecedented fiasco” of Fyre Festival — a luxury music festival in the Bahamas that was co-created by rapper Ja Rule and entrepreneur Billy McFarland — recently generated buzz when it was released alongside the competing Hulu documentary Fyre Fraud. We recommend watching both accounts of the “island getaway turned disaster” to ensure you’ll feel better about your own spring break plans, whatever they may entail.

Lifeguards Danny (Graham Phillips) and Frank (Zack Pearlman) work toward their goal of throwing the blowout bash of the summer in the months following their high school graduation in this rowdy party flick. Past and present Saturday Night Live stars Cecily Strong, Bobby Moynihan, Fred Armisen and Will Forte also turn up to keep the comedy flowing.

Exotic location? Check. Catchy tunes? Check. Meryl Streep? Check. Why settle for a typical spring break destination when you can travel to the Greek island of Kalokairi for the ABBA-themed wedding of Amanda Seyfried’s Sophie. Don’t forget to check out the sequel, Mamma Mia! Here We Go Again (2018), after you let this star-studded musical hit transport you. 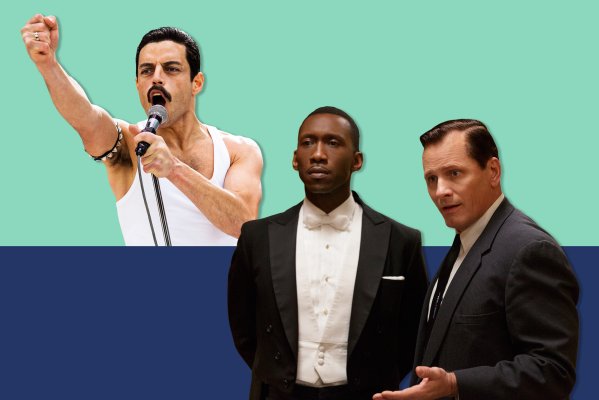 Yes, Bohemian Rhapsody and Green Book Are Problematic. Can We Love Them Anyway?
Next Up: Editor's Pick