Why Modern-Day Foragers Want You to Eat Weeds for Dinner

By Wilder Davies
Illustration by Natalya Balnova for TIME

Thistles, a kind of flowering plant often covered in angry-looking prickles, are probably not an ingredient in any of your go-to recipes. But Katrina Blair wants you to try eating them anyway. “I love to take the root, fresh or dry, and blend them into a chai,” she says. She also recommends combining the greens with lemons, apples and water for a refreshing lemonade — just be sure to strain out the spikes, she warns. Blair, 50, is the founder of Turtle Lake Refuge, a Durango, Colorado-based nonprofit that advocates for, among other things, foraging and eating weeds and other plants most people consider a nuisance, not lunch.

“I think eating weeds is a fantastic addition to someone’s diet,” says Blair, who’s enthusiastic about foraging as both a hobby and lifestyle. Others clearly agree: Foraging how-to videos have racked up hundreds of thousands of views on YouTube, while millions of foraging-related photos have been posted to Instagram. One public park in the United Kingdom had a 600% increase in unauthorized foraging incidents last year.

It’s tempting to dismiss foraging as a strange, Internet-driven health fad. But experts say there can be real benefits to putting your garden scraps on the dinner table. At present, just 103 kinds of crops account for 90% of calories in the average human diet, according to food security research group Biodiversity International. Only four — wheat, maize, rice and potatoes — provide 60%. “We have this incredible biodiversity on earth, but our human diets have become more and more dependent on a very limited number of species,” says Ina Vandebroek, an ethnobotanist at the New York Botanical Garden. If disease or climate change puts those crops at risk, it could leave us scrambling for alternatives. So why not try broadening our intake before disaster strikes?

Still, Vandebroek cautions that foraging is a risky activity. For as many wild plants there are that could find a spot on the dinner table, just as many could land a careless eater in the emergency room. Some toxic plants, like hemlock and deadly nightshade, can be mistaken for edible doppelgängers. And certain ingredients, like morel mushrooms, are safe once cooked but poisonous if eaten raw. The growth in amateur foraging has only underscored these risks. In 2018, health publisher Rodale released and subsequently recalled a foraging recipe book by blogger Johnna Holmgren after it became apparent that some of the recipes included poisonous ingredients, like uncooked elderberries.

For foragers, it’s vital that they know exactly what a plant actually is before they try eating it. Vandebroek says botanist James A. Duke’s Handbook of Edible Weeds is a good introductory resource, but stresses the safest way to forage is to go alongside an expert. “Botanical identification is a skill you have to learn, and you have to be careful before you put something in your mouth,” she says. Allergic reactions can also be a hazard; Vandebroek suggests that foragers eat only a small amount of any new plant to better tell how their body might react to it.

Foragers have to be mindful of their environment as well. Weeds growing in cities and public parks might have been doused in pesticides or chemical fertilizers, or may be accumulating dangerous heavy metals from tainted soil. Dog urine, meanwhile, can transmit Leptospirosis, a bacterial infection that in some cases can lead to meningitis and other issues. “I would be very cautious of any place where there has been a lot of human disturbance,” says Matt Polizzotto, a soil scientist at the University of Oregon. He recommends that would-be foragers investigate the history of the land where they’re foraging, as well as consult government soil reports. If those are unavailable, foragers can learn how to test the soil themselves. “When you diversify your diet you add vitamins and minerals to your diet, just do it with care,” says Vandebroek. Lastly, it is important to be mindful of where one forages. Many of the city and state parks departments that spoke with TIME said they have rules against foraging, as the practice can disrupt natural biomes and do more harm than good.

Despite the risks, people like Blair have been foraging without issue. But for the more cautious set, there are ways to expand one’s dietary diversity without taking to the streets with trowel and pail in hand. Some weeds, like purslane, epazote and amaranth are commonly consumed in other parts of the world, and can often be found in markets carrying Carribean and Latin American groceries, for instance. “Sample what is available in other communities,” says Vandebroek. “Commerce is a very safe way to introduce yourself to many plants considered weeds.” 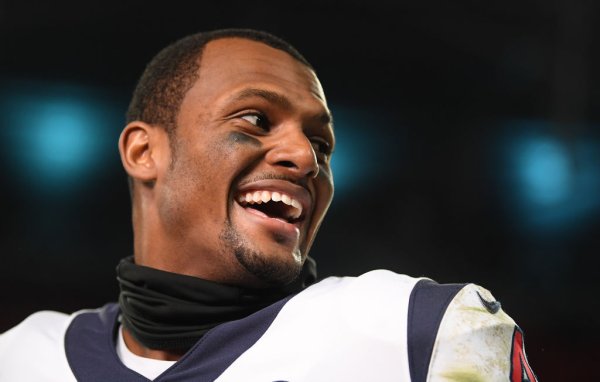