Their crime? Creating a pickle-topped pizza with a side of ranch dressing.

Rhino’s Pizzeria and Deli created a pizza pie that swapped garlic sauce for the traditional marinara, put sliced dill pickles in lieu of pepperoni, and covered the entire thing in mozzarella cheese, according to WHEC. They posted the picture on Facebook with the suggestion to “Try it with ranch for dipping.”

That was the final straw for some pizza lovers. After the pizza shop posted the pizza on Facebook heir Facebook post has been shared more than 41,000 times as of Thursday morning and despite 14,000 comments, people continue to weigh in on the controversial pizza. While most seem to consider the pickle-topped pizza a travesty, demanding answers, “Why?! In the name of all that is holy, why did you do this to pizza?!” wrote one Facebook commenter. Another brought up that equally controversial topping—pineapple—writing, “And people have the damn nerve to complain about pineapples on a pizza.” One amateur food critic noted, “Pineapple and pickles have no business on a pizza. Once you vary off cheese and pepperoni it’s not pizza anymore…” Another summed it up, tidily: “Pickles on pizza, hell no.”

A surprising number of people, some admittedly in the throes of pregnancy-related food cravings, thought the pickle-topped pizza sounded delectable, some hoping for a sweet-pickle version, and others plotting day trips to New York state for a pie. These are undoubtedly the same people who like marshmallow Peeps on pizza and consider strawberries a reasonable topping. 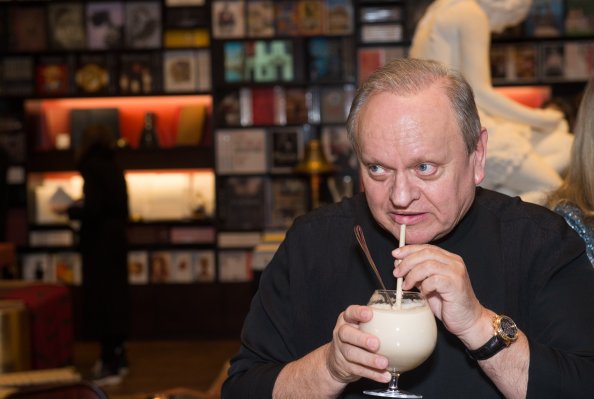 Master Chef Joel Robuchon's Signature Dish Was Elevated Mashed Potatoes. Here's How He Made Them
Next Up: Editor's Pick