Kelly Clarkson confronted the recent school shooting in Texas in an emotional opening to the Billboard Music Awards Sunday night. Clarkson called for a “moment of action” to replace the usual “moment of silence” that follows mass shooting tragedies.

“My home state has had so much heartbreak over this past year. And once again, we’re grieving for more kids that have died,” the singer and host of The Voice said, referring to the shooting at Santa Fe High School in Texas, where 10 people were killed at least 10 others wounded by 17-year-old suspected gunman Dimitrios Pagourtzis on Friday.

The incident recalled the deadly shooting at Marjory Stoneman Douglas High School in Parkland, Florida in February, which killed 17 people and sparked a national debate about gun violence.

Clarkson, who was hosting the Billboard Music Awards, reiterated that call for action in a sometimes emotional plea, saying that “we’re failing our children” by allowing them to continue to face the risk of gun violence in schools, churches, and movie theaters.

Watch her full remarks below: 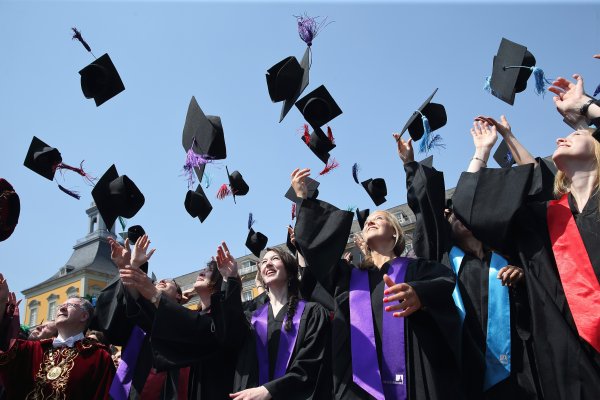 Check Out the Songs That Were Big the Year You Graduated
Next Up: Editor's Pick