Everything You Need to Know About Coachella 2018

The Coachella Valley Arts and Music Festival is the annual desert music festival that takes place in Indio, California, with roots stretching back to a 1993 Pearl Jam show at the Empire Polo Club grounds, where the event is still held. It’s been going on yearly since 2001, growing in size and scale each time. Over the last decade, it’s also become one of the U.S.’s hottest music festival tickets, attracting headliners like Jay-Z, AC/DC and last year’s Lady Gaga. In 2017, as many as 250,000 people attended over two weekends of performances and parties. This year, it takes place April 13-15 and April 20-22. Here’s everything you need to know about the Coachella 2018 lineup, tickets, and weather.

Who is performing at Coachella 2018?

The big three headliners across both weekends are Beyoncé, Eminem and the Weeknd. (Beyoncé was initially slated to be the main draw for 2017, but had to cancel her appearances thanks to her pregnancy with twins Sir and Rumi Carter.)

Other big names on the lineup include 2017 breakout stars SZA and Cardi B, rock groups Portugal. the Man and HAIM and rappers like the Migos, Vince Staples and French Montana. And then there are the DJs, including popular Norwegian act Kygo and South Africa’s Black Coffee. As for pop, the landscape is vast: rising voice Hayley Kiyoko will make a Coachella debut, and Danish singer MØ and the haunting Perfume Genius will surely have memorable sets. But perhaps the best part of music festivals is the opportunity to discover exciting new artists.

Keep an eye on Beyoncé protégés Chloe x Halle, Oakland rapper Kamaiyah, and Brit award-winner Jorja Smith, or explore the trippy jazz of King Krule, retro soul of Tom Misch and electro-pop of Marian Hill among many, many others. (There are well more than 100 acts total spread across more than five stages during each weekend.)

Can I still get tickets for Coachella?

Passes went on sale via the official Coachella site on Jan. 5, and naturally were snapped up rapidly. (General admission was $429 each, while VIP ran a cool $999.) The first weekend is entirely sold out, while there look to be a few VIP passes remaining for the second weekend. There are also a few options available on resale sites like StubHub. — and it’s possible more will become available as the festival gets closer. Just remember you might need parking passes and even camping passes along with your show tickets if you choose to drive or stay overnight in the desert.

Indio — located north of the inland Salton Sea and east of Los Angeles — is hot, hot, hot and dry in spring. Average temperatures for April bring highs in the upper 80s to low 90s, with evenings cooling down to 60°F. But in the past, the thermometer has spiked well above 100°F. In other words: bring sunscreen. 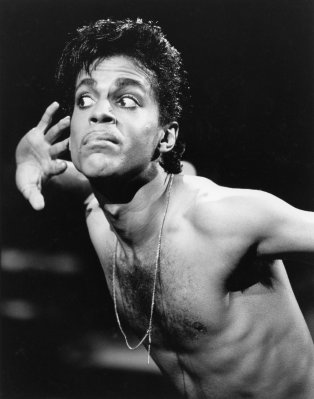 I See Your Picture Wherever I Go: Prince in the LIFE Archive
Next Up: Editor's Pick