Get Out star Daniel Kaluuya was positively glowing on the red carpet when he arrived at the 90th annual Academy Awards on Sunday, but it wasn’t just the flashing lights or his best actor nomination that made him look so luminous. It turns out that Kaluuya had a little help from Queen of the Internet, Rihanna.

It turns out that Kaluuya’s makeup artist, Amber Amos, took some cues from the bad gal and used the Profiltr foundation from her Fenty Beauty line to help prep Kaluuya’s skin while grooming him for the night; in case you were wondering, his shades are 480 and 490.

Rihanna’s Fenty Beauty has been widely praised for its inclusive campaigns and high-quality, diverse offerings since it made its debut on the makeup scene last year, so much so that it was named to TIME’s 2017 “Best Inventions” list. The Profiltr foundation that Kaluuya used has been an favorite of customers everywhere, thanks to its wide, 40 shade range, something that Rihanna prioritized while creating the product.

“We are all so different, with our own unique skin tones, so we started with the 40 foundation shades out the gate,” Rihanna told TIME.

One thing’s for certain, however — whether it’s her own movie premiere or the Oscars, Rihanna remains the MVP of the red carpet. 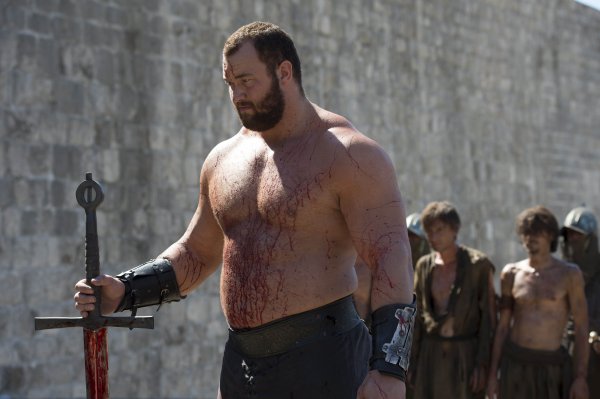 The Mountain From Game of Thrones Set Another Absolutely Ridiculous World Record
Next Up: Editor's Pick