The Trump Administration Will Look Into Banning Bump Stocks

In the first daily briefing since a Florida school shooting left 17 people dead, White House spokeswoman Sarah Sanders said that the Trump Administration has not put together a concrete plan.

“Unfortunately, when horrific tragedies like this happen, everybody wants a quick and a simple answer,” she said Tuesday afternoon. “But there isn’t one.”

Still, Sanders did offer a few policy and regulation areas that President Trump will look at in the coming weeks to try to untangle the problem of mass shootings in America.

“I can tell you that the president supports not having the use of bump stocks and that we expect further action on that in the coming days,” Sanders said Tuesday. The national spotlight turned to bump stocks—accessories that increase the rate of fire on semi-automatic weapons— in the wake of last fall’s Las Vegas shooting that took the lives of more than 50 people. Sanders said Trump a Justice Department and ATF review the regulation of bump stocks has been completed since then, and she expects “movement will take place on that shortly.”

“Today, I am directing the Department of Justice to dedicate all available resources to complete the review of the comments received, and, as expeditiously as possible, to propose for notice and comment a rule banning all devices that turn legal weapons into machine-guns,” Trump said in a memo.

When asked about an assault weapons ban, Sanders said “we haven’t closed the door on any front,” but then said, “Specifically, I know that background checks are something that the president is supportive of making more efficient and looking at better ways to improve that process.”

Since the shooting, Trump has spoken more about mental illness as a cause of these events than gun laws. Sanders said Tuesday that the president is “very focused” on the issue, and that the White House is “working hand in hand with both the federal government as well as state and local law enforcement officials on what we legally can do” to address mental health and gun ownership.

Trump is scheduled to hold a listening session on Wednesday with parents, teachers and students who experienced the Parkland shooting or live nearby. “This is a listening session to see what could be done better, what the actual concerns of the students are, what they would like to see,” said Sanders. “One of the things the president wants to do is make sure that he sits down with a number of people from across all fronts.” 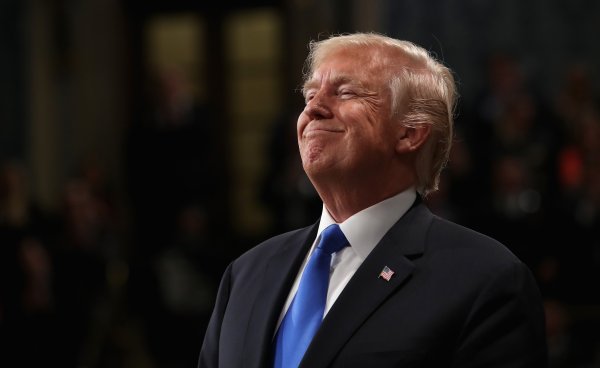