From showing off her skin blemishes on Twitter to admitting that her favorite date night with husband John Legend is “watching housewives,” Chrissy Teigen is one of the most relatable celebrities, something that she further confirmed when she revealed just how much of a Beyoncé fan she is.

The model, who’s currently expecting her second child, a baby boy, revealed on The Tonight Show Starring Jimmy Fallon that she had a fan girl moment at the 2018 Grammys when she met Queen Bey face-to-face, admitting that “there’s nobody like seeing Beyoncé in person…she just emits this aura that’s spectacular.”

According to Teigen, when she and John went to say hi to Jay Z and Beyoncé during the ceremony, she proved that she was a very loyal member of the Bey Hive, the star’s avid fan base.

When it comes to Beyoncé, Chrissy Teigen is really all of us. 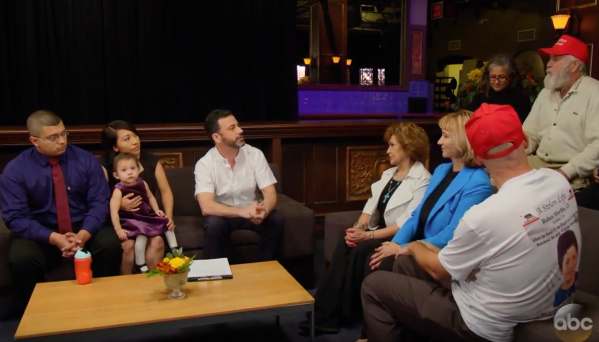 Jimmy Kimmel Enlists a Dreamer Baby to Try to Sway DACA Opponents
Next Up: Editor's Pick