Pantone announced that their 2018 color of the year would be the deep and rich purple hue, Ultra Violet (also known as PANTONE 18-3838) via their website on Wednesday and there’s no convincing the Internet otherwise that this “dramatically provocative and thoughtful purple shade” isn’t inspired by his very Purpleness, the late, great musical (and life) icon known as Prince.

While Pantone noted that Ultra Violet evokes “the mysteries of the cosmos,” spirituality, and creativity in connection with the deep purple shade, they also name-checked the Purple One, along with David Bowie and Jimi Hendrix as artists who brought hues of Ultra Violet to “the forefront of western pop culture as personal expressions of individuality.” This isn’t the first time that Pantone has paid homage to the Kid — in August, they released a custom color inspired by his signature plummy Yamaha piano in collaboration with his estate and aptly named “Love Symbol #2,” after the copyrighted icon he used during the time he was referred to as the artist formerly known as Prince.

As might be expected, as most things are with Prince, the Internet had plenty of feelings and took to social media to sound off on the new color and Prince’s culture influence. 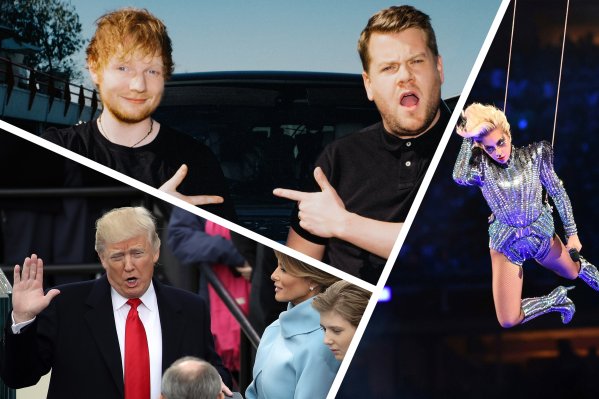 Here Are the Top Viral YouTube Videos of 2017
Next Up: Editor's Pick