Even before Sunday’s shooting at a small Baptist church in Texas, the Trump Administration was moving ahead with efforts to train houses of worship on emergency security procedures, including active shooter situations.

Now, an Administration official says he’ll be working even harder to train religious leaders on how to secure their members and property.

A gunman shot and killed 26 people at First Baptist Church of Sutherland Springs, east of San Antonio on Sunday. Victims included children, a pregnant woman and the pastor’s 14-year-old daughter. Some 20 others were wounded.

“This is a wing of American evangelicalism that is deeply hurting right now,” Jamie Johnson, the director of the Department of Homeland Security’s Faith Based and Neighborhood Partnerships office told TIME Sunday hours after the shooting.

In the past four months, Johnson said his team has collaborated with religious groups on more than a dozen efforts to improve security, but he has plans for more.

“We are going to be a whole lot busier in the months and years to come when it comes to safety and security for houses of worship,” he says. “This issue will now come to the forefront of the religious conversation in America.”

Security for houses of worship has been a top priority for Johnson since former Secretary of Homeland Security John Kelly, now White House chief of staff, appointed him to the post in April. Johnson, previously a conservative radio talk show host, had been Trump’s Iowa coalition director and before then had worked for Rick Perry’s presidential campaign.

Johnson says that in recent months his office has been experiencing “an increased level of concern” from “every faith tradition” nationwide.

“I directed my staff to scale it up,” Johnson told TIME in late August of his security efforts. “This center needed to be part of more conferences, more strategic meetings, more meetings with mayors, county officials, county supervisors, governors’ offices, state offices of emergency management.”

“We teach pastors and church executives to teach their members to be aware that not everyone who steps onto a church property has worship on their mind,” Johnson told TIME in August.

After the shooting, he said his department would look to do more.

“We are doing everything we can to provide information and practical assistance,” Johnson says. “President Trump is aware of the Department of Homeland Security’s commitment to protecting America’s faith groups when they worship.”

The security effort began during the Obama Administration. After the Sandy Hook elementary school shooting in 2012, the Obama White House directed the federal agencies to develop active shooter trainings, and schools and houses of worship were of particular concern. David Myers, the then-director for the DHS Office of Faith Based and Neighborhood Partnerships, worked to tailor the trainings for religious communities. His team visited half a dozen cities for on-site trainings and held webinar sessions for hundreds of religious leaders of various faith communities.

“It also served the purpose of creating relationships between faith leaders and first responders,” Myers says.

Robert Jeffress, pastor of First Baptist Dallas who preached at Trump’s inaugural private church service in January, says his staff has worked with DHS to complete a safety assessment several months ago. “Large churches like mine have done this, but smaller churches are less likely to do this under the mistaken assumption that they are not as big of a target as we are,” Jeffress says. “Frankly, they may be a bigger target.”

Jeffress’ church of 13,000 members has paid security officers at every service, both uniformed and plain-clothed, as well as volunteer security team. His church no longer allows worshippers to carry backpacks of any kind. But it does still allow them to carry arms.

“It would be unthinkable in a state like Texas not to allow it,” Jeffress says. “We think that is safer.” 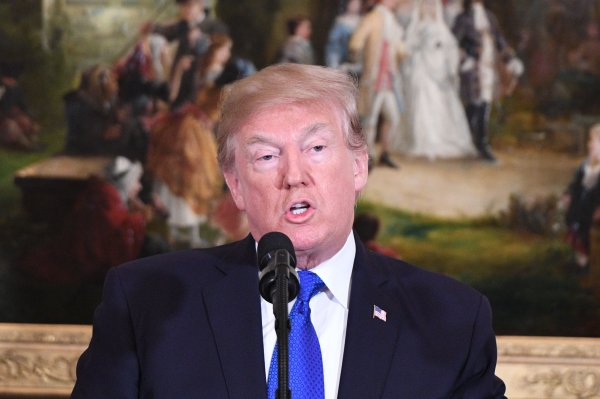 Read Trump's Statement on the Texas Church Shooting
Next Up: Editor's Pick