'Not Too Soon for Us.' Jimmy Kimmel Is Going to Keep Talking About Gun Control

Jimmy Kimmel shared another visceral response to the Las Vegas shooting — the deadliest mass shooting in modern U.S. history — with a call for tougher gun control.

On Tuesday’s Jimmy Kimmel Live!, the late-show host decried a number of lawmakers who said it’s “too soon”after the tragedy to discuss gun control legislation. “Not too soon for us,” Kimmel said, calling them “nuts.”

“Maybe it’s too soon for you because deep down inside, you know, in your heart, you know you bear some responsibility for the fact that almost anyone can get any weapon they want and now you want to cover yourself until the storm of outrage passes and you can go back to your dirty business as usual.” he said.

Kimmel added that he has no problem dedicating airtime on his show to discuss issues like gun control.

“Last time I checked, the First Amendment is at least as important as the Second Amendment,” he said. “We will talk about it, and shame on you for suggesting we do otherwise.”

During Monday’s monologue following the shooting, Kimmel choked back tears while talking about the shooting, which left at least 59 people dead and more than 527 injured after a gunman opened fire on the Route 91 music festival from a high-rise hotel on the Las Vegas strip.

“It feels like someone has opened a window into hell,” Kimmel, who was raised in Las Vegas, said.

Recently, Kimmel has evolved his late-night show past political satire to emerge as a popular advocate for health care. After he spoke out about the repercussions of repealing Obamacare in a tearful segment about his newborn son’s open-heart surgery, Sen. Bill Cassidy even showed up on Kimmel’s couch to proclaim that a healthcare bill could only pass “the Jimmy Kimmel test” if it guaranteed care for every child, regardless of income.

Watch the full clip from Tuesday night’s show below. 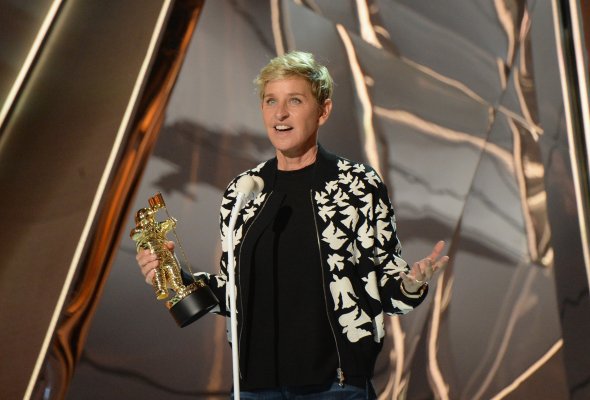 'Love Will Always Win.' Ellen DeGeneres Shares a Message of Hope After the Las Vegas Shooting
Next Up: Editor's Pick