'Call This What It Is. Terrorism.' Ariana Grande Shares Powerful Message After Las Vegas Shooting

“My heart is breaking for Las Vegas. We need love, unity, peace, gun control & for people to look at this & call this what it is = terrorism,” the Dangerous Woman songstress wrote in a Twitter post shared Monday.

The shooter in Las Vegas has been identified by police as 64-year-old Stephen Paddock. He was found dead in his Mandalay Bay hotel room with at least 10 guns, according to authorities. Police said he opened fire from his hotel room, which was on the 32nd floor of Mandalay Bay, killing at least 58 people and injuring more than 515. It is now considered the deadliest mass shooting in modern U.S. history.

Grande is no stranger to tragedy at music events. Her spring concert in Manchester, U.K. was tragically interrupted by a suicide bomber, claiming the lives of 22 concertgoers and injuring 116 people. In response, Grande held a star-studded benefit concert in June, raising over $13 million to support the families of the victims. During that time, she also shared an ongoing message of unity and resilience, urging fans not to “recoil” from continuing to be a part of the music community.

“We will never be able to understand why events like this take place because it is not in our nature,” she wrote in a post just days after the attack at her show. “We won’t let hate win.” 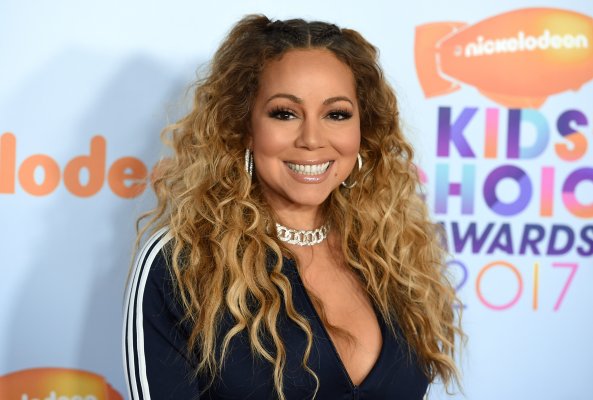 'It's Terrible.' Mariah Carey Reacts to Las Vegas Shooting During a Live Interview
Next Up: Editor's Pick