Tim Kaine: Backing Out of the Iran Agreement Would Damage America’s Moral Authority

US President Donald Trump boards Air Force One before departing from Andrews Air Force Base in Maryland, bound for New York, New York, on September 26, 2017.
MANDEL NGAN—AFP/Getty Images
Ideas
By Tim Kaine
Kaine serves as a U.S. Senator for Virginia.

North Korea tested its sixth nuclear device earlier this month. Experts estimated that the blast from this test was significantly stronger than the 1945 Hiroshima bomb. This test puts a rogue regime one step closer to placing a nuclear bomb on an intercontinental ballistic missile capable of reaching the continental United States.

Yet two days following this test, instead of detailing a comprehensive strategy to rein in North Korea, a conflict that could endanger tens of thousands of American citizens and service members living in South Korea, our Ambassador to the United Nations, Nikki Haley, chose to focus her remarks at the American Enterprise Institute on the nuclear threat that is already contained: Iran. Previewing a highly dubious case, Haley suggested that the Administration may refuse in October to make the next certification of Iran’s compliance with the nuclear deal to Congress, as required by the Iran Nuclear Agreement Review Act. This would open the door for Congress to re-impose sanctions on Iran that had been waived under the deal — a clear violation of the accord.

President Donald Trump also signaled this is where he is likely headed when he told the United Nations General Assembly, “Frankly, that deal is an embarrassment to the United States, and I don’t think you’ve heard the last of it. Believe me.”

All of this comes despite the fact that the International Atomic Energy Agency (IAEA) has regularly — and as recently as this month — verified Iran’s compliance and the Trump Administration itself has twice certified that Iran is compliant.

Refusing to make the necessary certifications regarding Iran’s compliance with the nuclear deal and paving the way for the U.S. to break its own commitments when Iran has been compliant would amount to the United States going back on its word. What might that lead to?

First, it could set the stage for Iran to abandon the deal’s restraints on its nuclear program, putting into motion a path for Iran to build a nuclear bomb. The regime would see the U.S.’s refusal to certify as an abandonment of our end of the deal, a view that would likely be shared by U.S. allies in the international community. Iran would then likely enrich more uranium, refuse IAEA inspections and engage in other activities to advance its nuclear weapons program.

While the Trump Administration could try to build international support for new sanctions to bring Iran back to the negotiating table, it’s naïve to think that the United States could swiftly set up a crippling international sanctions regime anew — especially since our actions would leave us more isolated than ever before. Going back on our word would deliver a devastating blow to our credibility, sending the message to our European allies and the rest of the world that we cannot be trusted on matters of diplomacy.

Second, backing out of the Iran deal would hurt our ability to counter Iran’s non-nuclear aggression. Congress just passed a sanctions bill to penalize Iran for its various illicit activities, such as ballistic missile development and support to terrorist groups. We need to keep the focus on Iran’s disturbing behavior rather than on whether the U.S. can be trusted to negotiate in good faith.

Third, the damage to our credibility and reputation wouldn’t just hamper our ability to check Iran; it would eliminate another tool from our arsenal in curtailing North Korea’s nuclear weapons capabilities. Trump Administration officials claim that they are pursuing all diplomatic options to stop North Korea. If we don’t uphold our end of a nuclear accord with Iran, why would Pyongyang believe we would uphold our end of any diplomatic solution reached on North Korea’s nuclear program? Other countries could not be faulted for having similar concerns. Russia and China worked with us to help broker the nuclear deal with Iran; if we abandon one multilateral deal they helped us achieve, can we really expect they would work with us to achieve a negotiated resolution on North Korea? And how would we ultimately address North Korea without China and Russia’s leverage and pressure?

Let’s be clear: The Iran nuclear deal is working and has been since Iran dismantled much of its nuclear program in January 2016. IAEA head Yukiya Amano has called the verification measures in place to ensure Iran’s continued compliance “the most robust regime” currently in the world, and the agency has had access intrusive enough for Amano to confidently declare that Iran is implementing its commitments. We know what happens when we don’t listen to the IAEA; in 2003, its experts warned us that there was no evidence that Saddam Hussein possessed weapons of mass destruction. We ignored them, invaded Iraq and have regretted that mistake ever since.

If we ignore the IAEA again, the consequences could be just as, if not more, devastating than they were in 2003. With Iran, we could return to where we were just two years ago: potentially months away from a nuclear weapon in the hands of Tehran. With North Korea, the situation could escalate with Kim Jong Un continuing — or even accelerating — his country’s nuclear and ballistic programs while closing off any possibility of negotiating for peace.

So much is on the line for America: whether Iran will become a serious nuclear threat again, maintaining a moral high ground in countering Iran’s non-nuclear aggression, the number of tools we have to deal with North Korea, our credibility in the eyes of the world. The IAEA and our U.S. allies are clear: Iran has upheld its commitments under the nuclear deal. When it comes time for the United States to certify Iran’s compliance next month, I urge the Administration to uphold our commitments and make the certification. 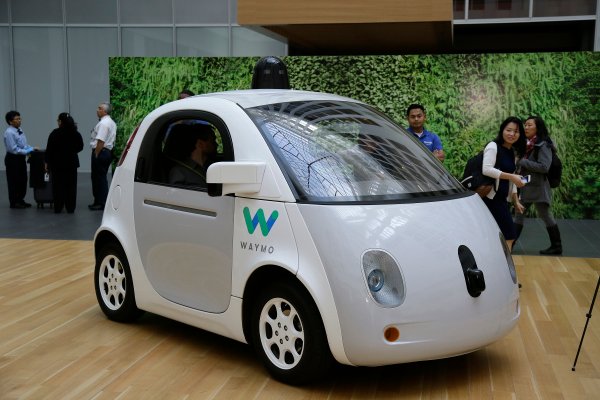 How College Students Should Prepare for Our Automated Future
Next Up: Editor's Pick