Jorge Ramos: Trump’s Arpaio Pardon Is a Defense of Racism

It was Friday night. Harvey had become a Category 4 hurricane and was about to hit the Texas coast. That’s when Donald Trump announced his pardon of Sheriff Joe Arpaio.

The worst storm to hit the mainland in 12 years was not on the radar of Trump’s political calculations. The hurricane could wait. The pressing matter was to pardon a man who had violated the Constitution, discriminated against Latinos and had been convicted of criminal contempt of court.

A 2007 lawsuit accused the sheriff’s office of stopping and detaining people because of the way they looked. Three years later, the Justice Department sued Maricopa County, claiming that Arpaio’s agents “engaged in a widespread pattern or practice of law enforcement and jail activities that discriminated against Latinos.”

In 2011, a judge ordered Arpaio to stop his racial profiling practices in Maricopa County, Arizona, but he simply defied the order. He was going to be sentenced in October and faced up to six months in jail. Now he doesn’t have to worry about it. Trump saved him.

Trump chose to protect a man who openly discriminated against Latinos and destroyed many families since he was elected Sheriff of Maricopa County in 1993. Trump chose to pardon an elected official who humiliated detainees by forcing them to wear pink uniforms and to live in an open-air jail — the so called Tent City — where temperatures sometimes reached over 110 degrees.

Once I visited Tent City in 2013, and Arpaio was unrepentant. He liked to say that he was just doing his job and that Latinos loved him. No, they don’t, I immediately replied. But he wasn’t listening. At the end of the interview, he made me listen to the song, “My Way,” by Frank Sinatra, which he played on his cell phone. And then he walked away.

Trump’s sympathy for Arpaio was marked by a lie. In 2012, Donald Trump sent the following tweet: “Congratulations to ‪@RealSheriffJoe on his successful Cold Case Posse investigation which claims ‪@BarackObama ‘birth certificate’ is fake.” Arpaio falsely claimed that Obama’s birth certificate was a forgery. Both Arpaio and Trump, with no evidence, kept that falsehood alive for years. It’s no coincidence that Arpaio became one of the first Republicans to support Trump’s candidacy for the White House.

The Department of Justice, the ACLU and two judges agreed that Arpaio practiced and promoted racial profiling. His agents stopped Hispanics simply because they assumed that they were undocumented. Many mistakes were made, and justice was not served. Arpaio didn’t care. He kept on doing things his way.

President Trump missed a great opportunity to distance himself from racism. But I’m not surprised. On June 16, 2015, when he announced that he was running for the White House, he made racists remarks by saying that Mexican immigrants were criminals and rapists. Then, during the campaign, he doubled down on that by stating that Judge Gonzalo Curiel couldn’t do his job because of his Mexican heritage. Also, he called for a “total and complete shutdown of Muslims entering the United States.” If this is not racism, then what is?

Trump was visibly upset by the criticism in the media after the recent racist violence in Charlottesville, Virginia. But it was a crisis of his own making. It took him two days to condemn the KKK by name. Then he equated Neo-Nazis with the demonstrators protesting against racism and said that “very fine people” were marching alongside white supremacists. Trump even described the monuments of Confederate leaders that believed in slavery as “beautiful statues.”

If President Trump really wanted to put aside the suspicions of racism and distance himself as much as possible from the alt-right movement, any senior advisor would have recommended not to pardon Arpaio. But he did it anyway.

Racism is never O.K., even if condoned by the President of the United States. By legally protecting Arpaio, Trump is sending the message that racism is being accepted as something normal and that it even deserves a presidential pardon.

Trump had the chance to be on the right side of history, with tolerance and diversity. But he chose to be with Arpaio. That’s the man he saved in the middle of the storm. 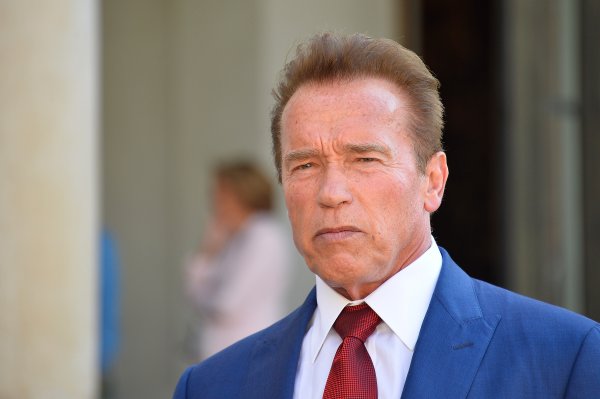