Captain Marvel Will Take Place in the 90s. Why That's Such a Great Idea

Marvel Studios head Kevin Feige dropped a few new details about the upcoming Captain Marvel movie starring Brie Larson at San Diego Comic-Con, including the fact that the film will be a prequel to the original Iron Man and take place in the 1990s.

Though it may seem random, setting Captain Marvel a few decades back could be a wonderful idea. Captain Marvel isn’t a particularly well-known hero outside the comic book world, but she’s going to be Marvel’s first female superhero to get her own movie. Separating her from the rest of the Marvel Cinematic Universe — at least for one film — gives her a better chance of winning over her own audience.

DC did something similar this summer with Wonder Woman, a much better-known character who still needed time to shine on her own after being sidelined from the silver screen for 75 years. Wonder Woman took place during World War I, building in space between that movie and the dour Batman v. Superman. The new setting allowed director Patty Jenkins to tell a complete, standalone story about the goddess without worrying about inserting franchise crossovers, cameos and easter eggs.

Compare that to Marvel’s Spider-Man: Homecoming, released earlier this summer. Like Wonder Woman, the movie was supposed to give a character we’d briefly seen in an ensemble time to acquaint himself with his audience. And while the film was well-reviewed, it was filled with references to Marvel and the Avengers. Every single scene offered a new easter egg. Tony Stark strode into Queens to help his mentee. Even Captain America kept popping up in PSAs. Every time we got comfortable with Peter Parker, we got distracted with an old reference we knew we were supposed to recognize. “What are the Sokovia Accords again?”

MORE: Here Are All the Trailers From Comic-Con 2017

Unlike Spider-Man, who has appeared in six different adaptations over the last 15 years, most audiences members don’t know Captain Marvel’s origin story. The creators will need time to develop Carol Danvers, the fighter pilot with the power to fly and zap beams of energy from her hands, and give her room to take flight sans the burden of Marvel inside-jokes.

This movie will not be completely devoid of Marvel connections. Samuel L. Jackson will also star in the movie as a two-eyed Nick Fury. Fans who love digging into the Marvel lore could get treated to an origin story for Fury’s eyepatch.

And of course, setting the movie in the 1990s will capitalize on the nostalgia that’s so popular these days: Star Lord’s playlist has transported audiences back to the 70s, Stranger Things to the 80s. Perhaps a younger audience will reconnect with their childhoods through Captain Marvel’s 90s experience. Please let her wear overalls with flannel tied around her waist while she switches from her platform sneakers to rollerblades. 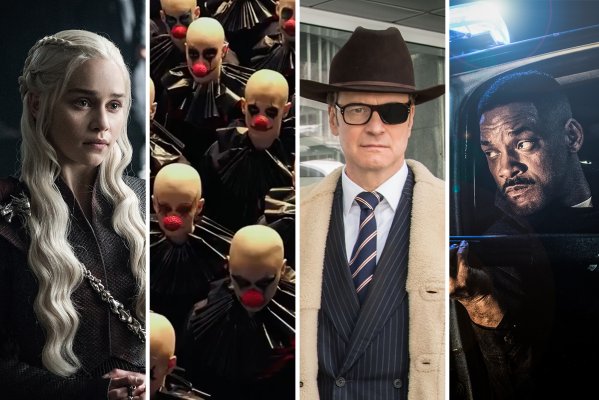 Here Are All the Trailers From Comic-Con 2017
Next Up: Editor's Pick