Not Even Trump Can Break the Justice Department

Zirin is a lawyer, author and TV talk show host.

Donald Trump recently tweeted a statement with a trumpeted irony that was obviously calculated to undermine the Justice Department inquiry into possible obstruction of justice: “I am being investigated for firing the FBI Director by the man who told me to fire the FBI Director! Witch Hunt,” the President wrote.

The tweet was fueled by media reports that Trump was considering firing special counsel Robert Mueller and even Deputy Attorney General Rod Rosenstein, the “man who told me to fire the FBI Director.” Trump had previously tweeted, “You are witnessing the single greatest WITCH HUNT in American political history – led by some very bad and conflicted people!” The President has continued to repeat the line, just as the speculation itself has continued.

Trump firing Mueller and Rosenstein is all the more possible after the latest bombshell revelation: that the Trump campaign team was eager to take a June 2016 meeting with a Russian lawyer said to be close to the Kremlin, who said she wanted to discuss how the Russian government might help in getting dirt on Hillary Clinton. The possibility that Mueller and Rosenstein might investigate Donald Trump Jr. and Jared Kushner over their role in taking the meeting furthered speculation by CNN that Trump might say “You’re fired!” to the two Justice Department prosecutors. Democratic Senator Richard Blumenthal said he would ask Trump’s FBI director nominee Chris Wray about the possibility.

When Trump sent out his messages about the “witch hunt,” many in the media reported that the Tweeter-in-Chief had conceded that he was now under investigation. But one of Trump’s personal lawyers, Jay Sekulow, made the talk-show rounds and fell all over himself to deny that Trump was under investigation while also stressing what he saw as ironic: that Rosenstein had told Trump to fire former FBI Director James Comey and now Rosenstein was investigating the firing.

Of course, there is more involved than just firing Comey. What Trump said to Comey, what may be gathered from the evidence of their conversations and the facts that might show Trump asked Director of National Intelligence Director Dan Coats and National Security Agency Director Mike Rogers to persuade Comey to call off his investigation of former National Security Advisor Michael Flynn are all circumstances possibly relevant to obstruction of justice that have nothing to do with Rosenstein. Trump’s muddled observation is an irony too far.

The flap was accompanied by other media reports that Rosenstein was considering recusal, which would leave the investigation in the hands of the third-ranking Justice Department official, Rachel Brand. Those close to Brand seem worried about leaving the investigation in her hands. As Jack Goldsmith and Benjamin Wittes noted in a post at Lawfare, Brand’s experience might not have prepared her for the “tough task of insulating the investigation from the erratic and inappropriate behavior of President Trump.”

The “erratic and inappropriate” effort to unseat Rosenstein is eerily reminiscent of Trump’s efforts in the 1970s, sparked by his then-lawyer Roy Cohn to defeat a Nixon Justice Department suit alleging that Trump had discriminated against blacks in rentals at 39 Trump-built housing projects in Brooklyn and Queens. On Trump’s behalf, Cohn counterclaimed against the government for $100 million, alleging that the government had made “untrue and unfair statements to the communications media” concerning the lawsuit — in other words, “fake news.” The Court promptly dismissed the counterclaim, and Trump eventually settled the case.

The housing suit marked an inflection point in Trump’s career, as he adopted the signature Cohn tactic that became a core feature of his 2016 presidential bid: Counterattack fiercely (even if baselessly) to throw the adversary off-stride and, possibly, to subvert him. He thus bared his fangs during the campaign with a feral rapacity that could not escape attention: “Anybody who hits me, we’re gonna hit them ten times harder,” Trump stated in November, 2015.

The possible dismissal of Rosenstein and Mueller raises the legitimate question as to whether the Justice Department can ever fairly and vigorously investigate the President and his present or former aides. In response to Nixon’s “Saturday Night Massacre” of Independent Counsel Archibald Cox, Congress enacted the Ethics in Government Act of 1978. The statute provided for a special panel of judges who would appoint outside lawyers — “independent counsel” — to investigate allegations of criminal conduct on the part of high-ranking executive-branch officials. The attorney general could remove an independent counsel but only for “good cause.” Congress designed the appointment and removal provisions, along with other “controls,” to ensure that the counsel was independent of the administration and thus able to conduct investigations without interference from a president or his aides.

The Supreme Court upheld the law in 1988, over a sizzling dissent by the late Justice Antonin Scalia. In one of his most memorable opinions, Scalia said that our basic liberties were protected not by the Bill of Rights, but by the secure constitutional framework providing for a system of checks and balances. The power to institute criminal prosecutions, he thought, were not for the judiciary, but were exclusively reserved to the executive branch. “Frequently an issue of this sort will come before the Court clad, so to speak, in sheep’s clothing,” Scalia wrote. But in the case of the independent counsel law, he continued, “this wolf comes as a wolf.”

Scalia maintained that “it is ultimately irrelevant how much the statute reduces Presidential control,” since any such reduction violates the Constitution, which, again, vests all executive power in the president. But is it “unthinkable that the president should have such exclusive power, even when alleged crimes by him or his close associates are at issue?” Unfortunately so, concluded the Justice: “[W]hile the separation of powers may prevent us from righting every wrong, it does so in order to ensure that we do not lose liberty.”

In 1988, Scalia was a voice crying in the wilderness. But in 1999, after the Ken Starr inquiry into President Bill Clinton’s “sexual relations” with Monica Lewinski fell flat, Congress declined to reauthorize the independent counsel law. So we have today on the firing line Jeff Sessions, an Attorney General who has recused himself; Rod Rosenstein, a Deputy Attorney General under attack, who may have to recuse himself if he is to be a witness about the Comey firing; Robert Mueller, a special counsel whom Trump has considered firing; and Rachel Brand, an Associate Attorney General comparatively unschooled in the ways of Department of Justice independence, as well as the criminal law. They all serve at the pleasure of the President, whom they are investigating. Does this mean the pillars of justice will crumble in the face of Trump’s maneuvering? Hopefully not.

The Justice Department can and will survive the stress test, investigate the President and his crew, and present its findings to Congress and the American people. Rosenstein and Mueller are able, vigorous and independent lawyers. If, by way of illustration, Donald Trump Jr. was out-of-bounds in taking the meeting with the Russian lawyer to seek compromising material on Hillary Clinton, these ministers of justice will ferret out the facts and go where the evidence leads them. (The President has dismissed the episode as a “nonsense meeting.”) We can count on Rosenstein and Mueller for a robust investigation of a President who is not above the law. If there be any wrong, we may be confident that this one will be righted. 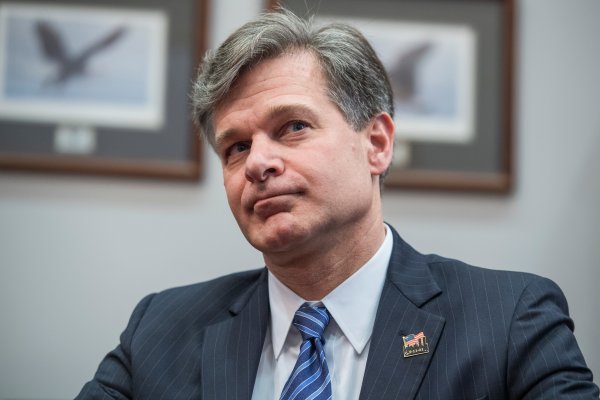