This isn’t the first time that man-of-the-moment Harry Styles has helped Late Late Show host James Corden on his commute to work; he last appeared in Corden’s SUV for a classic edition of Carpool Karaoke back in 2015, alongside the three other members of One Direction Niall Horan, Liam Payne, and Louis Tomlinson — and while still rocking his then-signature shoulder-length hair. But Styles is a solo star now with his own new self-titled album making waves amongst his loyal fanbase and his upcoming tour already sold out. He’s also been enjoying a weeklong residency on Corden’s late night show, so he got a Carpool Karaoke segment all to himself at long last.

The fellow Brits have developed an especially chummy relationship this year as Styles has made multiple appearances on his show. He’s been making his own splash with burgeoning comedic chops, too, even making a cameo as Mick Jagger during the Saturday Night Live episode in which he performed. So it comes as no surprise that this viral-bound segment is filled with goofy moments between the two jokesters — plus plenty of top-notch duets. Watch, above, as the duo dig into tunes the tunes. 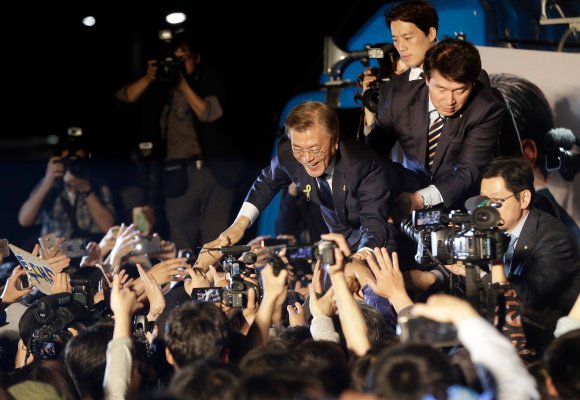 That Hot Korean Bodyguard Is Baffled by His Fame
Next Up: Editor's Pick