Prince Philip, who died Friday at the age of 99, fulfilled his royal duties alongside his wife, Queen Elizabeth II, over the course of seven decades. During that time he redefined the strange role to which he had not been born but for which, it sometimes seemed, he was just the right fit.

He was not the first Queen’s Consort in British history—Queen Victoria’s Prince Albert will likely remain the most famous for centuries to come, thanks for example to the museum that jointly bears their names. But, in a century in which the British monarchy faced a modernity that did not always accord easily with its traditions, he helped his Queen and wife become the monarch who defined a new era for her nation.

Much of the credit for that role, TIME posited in a 1957 cover story about the First Gentleman of the Realm (one of his several titles), could go to Philip’s unusual background for someone in his position. Though not Greek by lineage or upbringing, he was the only son of the brother of the King of Greece, a descendant of the Danish royal house and, more distantly, of Queen Victoria. Brought up in Paris and at English schools, he was “a relatively impoverished princeling,” as TIME put it, “[and] was reared like a commoner, has washed dishes, fired boilers, even played on a skittles team organized by the owner of a local pub.” (His outside-the-palace-walls youth would perhaps be reflected in later years, in what TIME once noted was a common occurrence he referred to as ” dontopedalogy—opening his mouth and putting his foot in it.”)

But it was only after he entered the Royal Naval College that his destiny became clear.

TIME reported what happened next, in that 1957 cover story:

Read the full story, here in the TIME Vault: The Queen’s Husband 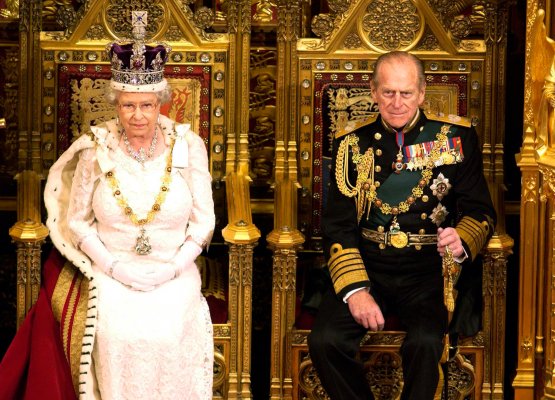