The new Netflix series The Crown chronicles the early years of Queen Elizabeth II’s long reign. Much of the first season examines how Elizabeth’s ascension to the throne impacted her relationship with her husband, Prince Philip, who is alternately supportive of the young monarch (she was crowned at 25) and resentful.

Early on, he is told by aides that he must walk behind her, and the English government refuses to allow the couple to give the children Philip’s name. Biographers have written that Philip chafed under these guidelines, perceiving them as a challenge to his manhood.

But a 1957 cover story in TIME, written on the occasion of the queen’s first visit to the United States since her coronation, credits Philip with modernizing the royal family and connecting with the common people of England.

While Elizabeth grew up surrounded by the royal family and private tutors, Philip was “a relatively impoverished princeling, reared as a commoner, has washed dishes, fired boilers, even played on a skittles team organized by the owner of a local pub.” He is the nephew of King Constantine of Greece and a descendent of Queen Victoria, but when he was just a year old, his father was condemned to exile. Philip never even learned Greek. His family fled to Paris and his mother eventually went to a sanatarium in Germany. His father lived with a girlfriend in Monte Carlo and shipped Philip off to England to be raised by a grandmother. He went to British schools and eventually joined the military.

Philip met Elizabeth, his third cousin, when they were children. From the time she was 13, she was besotted, according to the article. She never fell for another man, though he had other relationships while she grew into adulthood. As suggested in the first episode of The Crown, Elizabeth’s family did not approve of the match.

But Elizabeth won out, and the two married when she was 21 (after her father asked the couple to wait a year to be sure they wanted to wed). The TIME article concludes by accounting the ways the two have changed one another, though not in the most flattering terms: 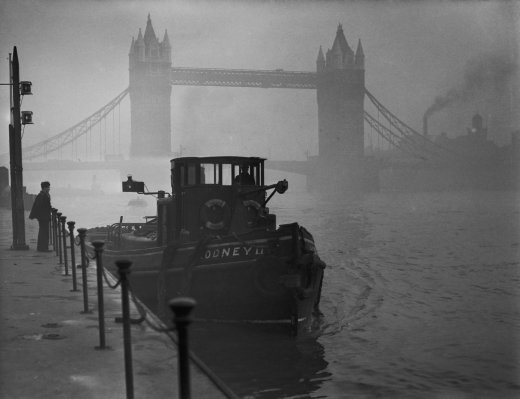 Everything to Know About the Great Smog of 1952, as Seen on 'The Crown'
Next Up: Editor's Pick