Historian Lucy Worsley on Royal Weddings, Queen Victoria and the 'Big Mistake' People Make About the Past

Lucy Worsley enjoyed history when she was at school, but her father had other ideas. “He is a scientist, and he really wanted me to be one too,” the British historian tells TIME, ahead of the U.S. publication of her new biography, Queen Victoria: Twenty-Four Days That Changed Her Life. “He said that if you do a history degree, you will be cleaning toilets for a living.”

Of course, this discouragement only made her more determined. Worsley eventually studied the subject at the University of Oxford — and now jokes that she takes great pleasure in telling her father that, after everything, she pays her bills with that degree. Chief Curator of Britain’s Historic Royal Palaces by day, Worsley wears many other hats as a prolific biographer, children’s novelist and popular television presenter. British audiences will recognize her from her detailed recreations of eras and events of the past, delving into British suffragette campaigns and the lives of King Henry VIII’s six wives in her historical documentaries.

Now, Worsley is turning her attention to the life and reign of Queen Victoria ahead of the 200-year anniversary of the royal’s birth this May. With her new show Victoria & Albert: The Wedding airing on PBS January 13 and 20, TIME spoke to Worsley about royal weddings, what history can teach us about the future and what her own biography might say.

What is your favorite thing about the public-facing part of your job as a historian?

My favorite thing is talking to people about history — that’s what I like doing. The sort of history I do isn’t just for professional historians. It pleases me if people who don’t really like history say that they like my kind of history. That’s a real compliment that I treasure.

A lot of people would say history is important because it helps us to predict the future. I don’t think that it does particularly. What it really teaches you is that things have not always been the same, and they don’t have to be the way they are. That gives you hope that things might get better.

When did you first become interested in Queen Victoria as a subject?

When I was younger, I had a very clear idea of her story, because it’s such a dramatic story that happened to such a young person. I‘ve spent a lot of time with her in recent years through working at Hampton Court Palace, but we [at Britain’s Historic Royal Palaces] also look after Kensington Palace, so I spend a lot of time sitting in the room where she woke up that morning when she became queen, for example. It’s a room that we use for meetings at the moment. It does inevitably lead you to think about the people that have gone before you.

Was there anything you found particularly surprising in your research for the book or for the TV program?

One of the things that I hadn’t fully worked out, and which thrilled me, was to learn that Victoria proposed to Albert. It was that way ’round, not him to her. I’ve always been suspicious of the grand narrative of this all-out, full blown romantic love between them — I’ve always thought that he was a bit of a bully towards her in some ways. It is undeniable that she came to believe herself to be very much in love; I don’t want to undermine that. But there was more to this than just romance. As the Royal Family, they were modeling what the whole Victorian Age believed to be its highest achievement, which was a happy family life with the woman in the private sphere and the man in the public sphere. Once he’s dead, we see her sort of becoming her own person again in a way that’s really joyful. The elderly Queen Victoria is truly formidable I think in a way that is quite inspiring.

Victoria was socially conservative in some ways, particularly when it came to causes such as votes for women and women in power. How do you think she reconciled these views with being a female leader herself?

There’s a big mistake that people make with history, which is to think that people in the past were just like us, but wearing crinolines. They lived in different worlds. What’s really interesting is to see Victoria negotiating these weird rules that there were about being a Victorian woman. At no point in her life did she ever believe that she should have been queen. She was always resistant to the idea of women taking the lead, and yet she did it. She sat on that throne for such a long time without falling off it, and so she became a sort of unwilling role model for female leadership.

Victoria & Albert: The Wedding shows how that event was really the first “Royal Wedding” as we now know that idea. How important was their wedding, and how relevant do you think similar occasions are today?

Calling Victoria and Albert’s wedding a PR stunt and stage-managed is a very fair comment, because this was a revolutionary age all over Europe. In Britain, Victoria’s immediate predecessors had not helped the institution of monarchy — by inflexibility, being withdrawn from public life, appearing despotic — so the monarchy was looking very dicey.

She was married very visibly and very publicly, and very clearly as a woman and not a queen. That was behind the wearing of the white dress instead of the royal robes, and having the procession of the blushing bride through the streets so that people could cheer. Royal weddings are like machines for producing good PR for the monarchy, and good feelings. We’ve just seen it in action with the Duke and Duchess of Sussex last summer. I think though that the stakes are lower now, as the monarchy is not on its last legs this time ’round.

What do you think Victoria herself would have made of the wedding of the Duke and Duchess of Sussex?

I think she would have found it very familiar. The setting of Windsor was very well known to her, and just the sight of [the Duke and Duchess of Sussex] in the carriage, with her in that simple white dress and him in military uniform — they’re all things that Victoria did herself 200 years ago. It’s extraordinary how little has changed really. There are some remarkable parallels between Victoria and our Queen Elizabeth’s long reigns, with both of them becoming matriarchs of these enormous families. Victoria created an institution that is still running today.

In your book, you mention that recently the spotlight has shone more brightly on the achievements of women and their activities. In your work, do you actively think about where the spotlight is shining, or about taking a feminist approach?

All the time. My ideal viewer, or reader, is an 11-year-old girl who’s thinking about what the world is and what her place is going to be in it. They are the people I want to have some influence upon. That might be by me just telling old stories in new ways that will press their buttons and make them feel that the world is going to be more welcoming to them than it seems at first.

Whom would you most like to write a biography of?

I love Florence Nightingale. She was unlikable and what some people would call a “nasty woman,” but she was brilliant. The Victorians just couldn’t accept that, so they concocted this made-up image of this nice little nurse walking around with a lamp.

Conversely, what would you hope a biography of you would say? 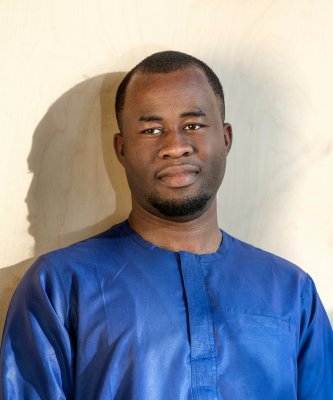 ‘On a Spiritual Level, We Are All Minorities.’ Chigozie Obioma on Fate and His New Epic
Next Up: Editor's Pick