Meghan Markle and Prince Harry visit Millennium Point on March 8, 2018 in Birmingham, England.
Karwai Tang—WireImage/Getty Images
Ideas
By Graham Smith
Smith is the CEO of Republic, a group that advocates for the abolition of the British monarchy.

To hear pundits talking about the royals this spring, you’d be excused for thinking “The Royal Family” is a prime-time soap opera, with viewers obsessing over new characters, story lines and how it’s doing in the ratings. Bets were placed on what Prince William and Kate Middleton’s new baby would be, while commentators eagerly discussed whether the new character of Meghan Markle would manage to “save” the Royal Family by marrying Prince Harry. The answer to all this for most people around the world is simply: Who cares?

The way Britain is celebrating Harry and Meghan’s wedding is a curious reminder that the monarchy is rarely evaluated in terms of its actual purpose, which is to provide Britain with an effective head of state. Few pundits seem sure of what that role entails or even why it’s needed, because unlike in the U.S., our head of state’s role is ceremonial rather than political. And so when a royal wedding happens—Will and Kate’s reportedly cost $34 million, paid for by British taxpayers—the debate usually hinges on two questions: popularity, and cost.

On the first, we’ve seen a sea change in public perception. Twenty years ago, the monarchy was seen as rich, expensive and out of touch—particularly during the post-Diana crisis of public confidence, when Queen Elizabeth’s apparently cold reaction to her death was met with widespread anger. In response, the royal family invested enormous amounts of time and taxpayers’ money to rewrite the script. They put on glitzy campaigns around the 2011 royal wedding, the 2012 Golden Jubilee and stage managed announcements around the birth of Kate and William’s children—while at the same time playing hardball with the media, and demanding official secrecy and control over their public image.

This rebranding effort has allowed royalists to justify the cost to the public purse on the grounds of “value to the economy.” But the story of the royal family’s value to the British economy was simply dreamed up by smart PR professionals to save an institution in crisis. In reality, according to our research, British taxpayers lose about $468 million a year just to have a head of state—a lot more than the official figure released by Buckingham Palace, which was $58 million last year. In fact, our monarch is one of the most expensive nonpolitical heads of state in Europe, at least 12 times more expensive than Ireland’s elected equivalent.

Even if it were true that the royals represent an investment by the British people, why should the royals spend taxpayers’ money with no checks and balances? That, after all, is why the monarchy costs so much—not because it’s expensive to run the office of head of state, but because the royals spend tens of millions of pounds on their palatial apartments, security and luxury vacations. Brits increasingly resent this—a recent poll we commissioned shows that 57% believe the royal family should pay not only for the wedding but also for police costs.

Any claim about how the royals boost British tourism, trade and retail sales needs to be set against the high costs. Pundits claim events like Harry and Meghan’s wedding will trigger huge spending sprees—but in 2012 Pew Research showed most Americans said they did not follow news of the British royals, while a November YouGov poll showed more than half of Brits were indifferent to the news of Harry and Meghan’s engagement. Any imagined or real spike from royal weddings is so brief and infrequent as to make no difference to British prosperity.

The discussion about the value of the monarchy misses the most important point of all: the damage it does to our democracy. The Crown is the centerpiece of Britain’s rotten constitution, giving us a head of state who lacks independence or purpose, who can only do what she’s told by our Prime Minister. The costs of the monarchy are considerable; the gains fleeting, mythical or the stuff of PR fantasies. While Britain may not be a nation of republicans yet, it’s certainly no longer a nation of royalists.

Smith is the CEO of Republic, a group that advocates for the abolition of the British monarchy 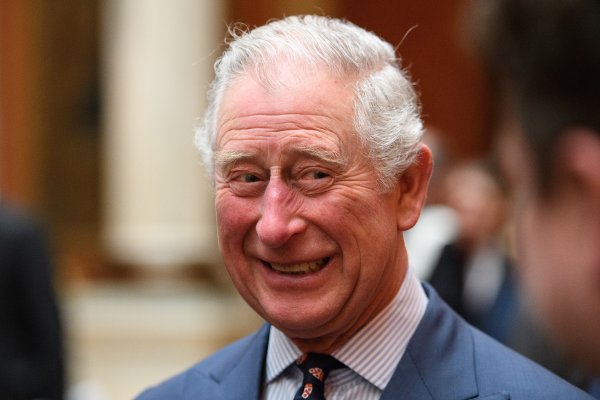 Prince Charles Will Walk Meghan Markle Down the Aisle at the Royal Wedding
Next Up: Editor's Pick