President Donald Trump will speak Tuesday at an annual ceremony commemorating the Holocaust — continuing a tradition of presidents giving the keynote address after a number of rhetorical missteps by his Administration regarding the genocide.

The ceremony is held each year by the U.S. Holocaust Memorial Museum during the Days of Remembrance — the annual commemoration of the Holocaust throughout the country. During the ceremony, a Holocaust survivor will light six candles with a member of Congress to honor the six million Jewish victims of the Holocaust.

Earlier this week on Holocaust Remembrance Day, or Yom Hashoah, Trump called the Holocaust “the darkest chapter in human history.”

His comments came after his Administration made several statements that were subsequently criticized by the Jewish community. On International Holocaust Remembrance Day several months ago, the President’s official statement did not mention Jewish people specifically, instead referring to the victims of the Holocaust only as “innocent people.”

And since Trump was elected in November, anti-Semitic incidents have been on the rise in the United States, including damaged headstones in Jewish cemeteries and bomb threats made on Jewish community centers.

Trump will give his speech prior to the ceremony, which is slated to begin at 11:35 a.m. E.T. You can watch it live above. 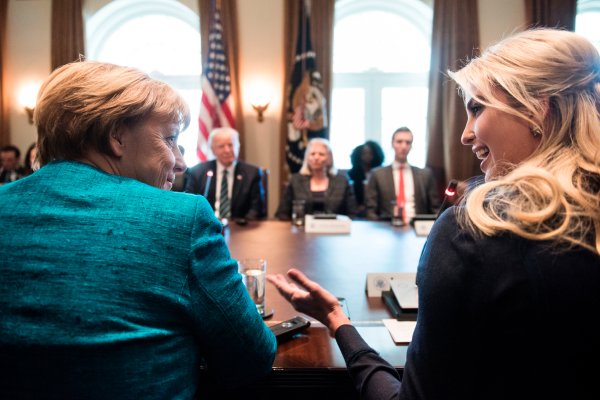