There’s apparently no love lost between Jay Pharoah and Saturday Night Live since the comedian was fired from the NBC sketch series last summer.

During a recent interview with New York City radio station Hot 97, Pharoah spoke about how he felt underutilized during his six seasons working on the show. “If you really noticed, for the last year and a half, they didn’t do any Obama sketches,” he said, referencing his iconic impression of the 44th president. “I was like, ‘Just let me do my character and we’ll be fine.’”

Pharoah also criticized the SNL writers for putting him in an “impression box.” “You go where you’re appreciated,” he said. “They put people into boxes. Whatever they want you to do, they expect you to do. And I’m fiery too… I’m not a ‘yes n—–.’ That’s not me.”

The show confirmed that it had not renewed the contracts of Pharoah and longtime castmate Taran Killam ahead of its 42nd season premiere. 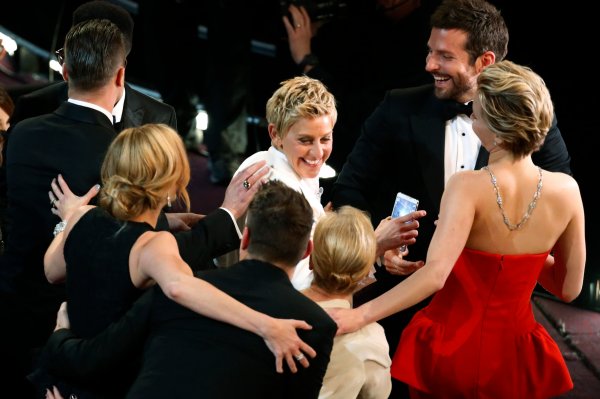 Ellen and Bradley Cooper Refuse to Let Nugget Boy Come for Their Retweet Record
Next Up: Editor's Pick