The widow of the late Supreme Court Justice Antonin Scalia received a standing ovation during President Donald Trump’s first address to a joint session of Congress.

Sitting in the First Lady’s box for guests of the President, Maureen McCarthy Scalia could be seen asking someone next to her if she should stand when Trump mentioned her name.

“I am honored to have Maureen Scalia with us in the gallery tonight,” Trump said. “Her late, great husband, Antonin Scalia, will forever be a symbol of American justice.”

Scalia was also on hand when Trump nominated Judge Neil Gorsuch to replace her husband, who died in February of 2016, and White House Press Secretary Sean Spicer tweeted a photo of her holding hands with Gorsuch after the event.

See a video of Scalia’s moment during Trump’s address to Congress. 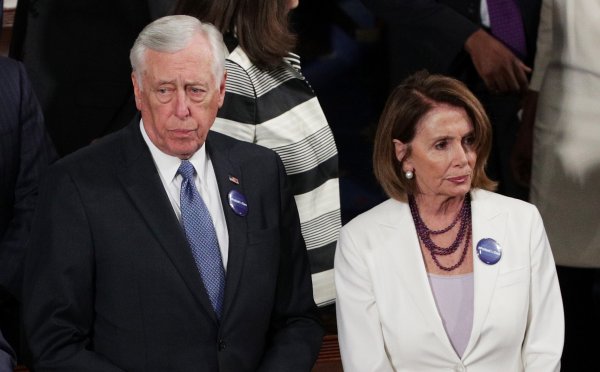 See the Female Lawmakers Who Wore White to President Trump's Speech
Next Up: Editor's Pick