The Best Picture Mix-Up Was More Than Just Awkward. It Did a Disservice to Moonlight.

Sunday night’s Oscars ceremony ended with a double jaw-dropper: first, in a historic mix-up, presenters Faye Dunaway and Warren Beatty were handed the wrong envelope and incorrectly announced La La Land as Best Picture. Then Moonlight, which bookies and prognosticators alike had deemed the incontrovertible underdog, was announced as the winner. The moment was exciting for viewers, jubilant for Moonlight devotees and embarrassing for La La Land, PricewaterhouseCoopers, the presenters and the Academy. But it also did a great disservice to the creative team behind Moonlight.

Immediately after the wrong was righted, La La Land producer Jordan Horowitz graciously ceded the floor to Moonlight writer-director Barry Jenkins. Host Jimmy Kimmel made some jokes about his lack of fitness for the job and Beatty tried to explain what happened. Jenkins and producer Adele Romanski somehow mustered the composure to accept their surprise award. Everyone onstage made the best of the chaos and moments later, the broadcast was over and Twitter was left to analyze screenshots of the play-by-play and snicker over memes of Ryan Gosling.

Moonlight is now permanently inscribed in the book of Best Picture winners—cozy in the company of Casablanca and On the Waterfront and The Godfather. But it goes down with an unfortunate asterisk. In the immediate aftermath of its win, headlines focused more on the gaffe than the victory itself. The shocking twist overshadowed a triumph that, had it unfolded as planned, would have heralded a moment of unadulterated glory instead of one of bewildered rubbernecking.

MORE Review: A Lively Oscars Show Ended With the Mother of All Mix-Ups

The show, already running over time, spent precious minutes on La La Land’s soon-to-be retracted speeches, rather than allowing Jenkins and Romanski the opportunity to bask in their win. The idea that Moonlight’s victory was an upset—a sports analogy that’s not entirely unfit but still somehow casts the winner in a less-deserving light—felt even more apt as we watched Horowitz hand over the golden statue to Jenkins.

For such a mix-up to happen to a movie that is about a marginalized person—a poor, gay, black man—felt even more bittersweet than it might have had the situation been reversed. Moonlight has been celebrated not just for its lush cinematography, haunting score and empathetic exploration of its protagonist’s interior life, but for its representation, as Jenkins and co-writer Tarell Alvin McCraney said upon accepting their Adapted Screenplay Oscar, of people who are not with any frequency—or much nuance, for that matter—represented onscreen. For a movie about overshadowed people to be overshadowed by an industry that consistently overshadows stories like Moonlight‘s was a metaphor that carried with it pain, as some pointed out on Twitter, even in a joyful moment.

MORE A Roundup of Every Political Moment at the 2017 Oscars

Moonlight’s victory has already been cast, controversially, in many ways: as a corrective, by Academy members, to two years of #oscarssowhite controversy—or as as Hollywood’s rebuke to President Trump. And it may be naive to suggest that politics had zero role to play in its win. But its win deserves to be recognized not as an upset or a statement but as a testament to its inherent power and beauty as a film. Let that be the narrative that sticks. 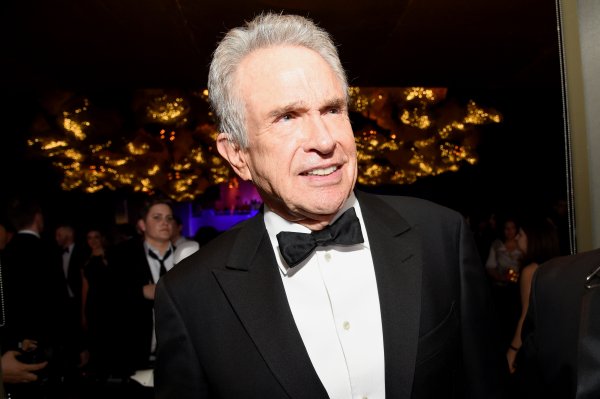