This Kiwifruit Isn't From New Zealand at All. It's Chinese, and This Is How It Got Hijacked

The kiwifruit may be New Zealand’s defining agricultural product, generating a handsome $1.05 billion in exports for the country in 2015, according to data from the U.S. Department of Agriculture. But how the South Pacific nation came to claim the exotic, fuzzy fruit with soft, green flesh and a unique taste is a story that combines considerable luck and a stroke of marketing genius.

The erstwhile Chinese gooseberry, as its archaic English name suggests, finds its root a hemisphere away in China. Its original name in Chinese, mihoutao — “macaque fruit” — refers to the monkeys’ love for it, according to the 16th century Chinese medicine encyclopedia, the Compendium of Materia Medica.

The kiwifruit’s status as a transplant might not come as a surprise for many readers. After all, the story of one of the world’s greatest marketing and botanical hijacks has been vaguely circulating for decades, from a New York Times item about trade in New Zealand over 30 years ago to a TIME column about branding and psychology in 2010.

But the scant documentary evidence of how the fruit made it across the Pacific has given an apocryphal flavor to a tale that is, in fact, all too real.

“There is no formal history of the kiwifruit industry in print, so we have to patch together information about the past from multiple sources,” Hugh Campbell, a sociology professor at New Zealand’s University of Otago, tells TIME by email. He co-authored the entry on the kiwifuit in Te Ara, the official New Zealand online encyclopedia.

It all began in 1904, when Mary Isabel Fraser, the principal of an all-girls school, brought back some Chinese gooseberry seeds from China. They were then given to a farmer named Alexander Allison who, planted them in his farm near the riverine town of Whanganui. The trees went on to bear their first fruit in 1910.

New Zealand’s appropriation of the Chinese gooseberry wasn’t inevitable. Around the same time the first seeds were introduced to New Zealand, the species was in fact also experimented with as a commercial crop both in the U.K. and the U.S., wrote New Zealand plant physiologist Ross Ferguson, one of the world’s top kiwifruit researchers, for Arnoldia, the magazine of Harvard’s Arnold Arboretum.

But, as luck would have it, neither the British nor the American attempt at commercializing the fruit was as fruitful. For example, the first batch of seeds brought to Britain’s Veitch Nursery all produced male plants, thwarting the growers’ plans to produce edible fruit. The same fate befell the U.S. government’s attempt. “It seems ironic that the sending of seed by a missionary to an amateur gardener should eventually lead to a new horticultural industry, when the efforts of the Veitch Nursery and the U.S. Department of Agriculture were so much less successful,” Ferguson remarked in his 1983 essay.

The fruit’s importer told Turners & Growers that the Chinese gooseberry needed a new name to be commercially viable stateside, to avoid negative connotations of “gooseberries,” which weren’t particularly popular. After passing over another proposed name, melonette, it was finally decided to name the furry, brown fruit after New Zealand’s furry, brown, flightless national bird. It also helped that Kiwis had become the colloquial term for New Zealanders by the time.

Demand for the fruit started to take off, and by the 1970s, the name kiwifruit took root across the Chinese gooseberry trade, cementing its popular imagination as the quintessential New Zealand product. All this happened while China was busy tearing its own social fabric to pieces, during the decade of terror that was the Cultural Revolution.

“I think it was a matter of luck and suitable climate” that the fruit thrived in New Zealand, Ferguson tells TIME. Now an honorary fellow at the New Zealand Institute for Plant & Food Research, he helped classify the Actinidia deliciosa — the furry, green kiwifruit — as a separate species in the 1980s.

Large-scale cultivation of the kiwifruit can now be found in many countries, including the U.S., Italy and — ironically — China, which became the world’s top kiwifruit producer by 2014, and where the fruit is commonly used to make jam. But much of the kiwifruit grown worldwide can be traced back to Alexander Allison’s Whanganui farm — so much so that the Pacific nation had to try to halt the export of kiwi plants at one point, in order to reduce potential competition on the global market.

Today, even parts of the Chinese-speaking world call the fruit by a partial transliteration of its Oceanic moniker. In Hong Kong and Taiwan, at least, it’s known as strange fruit — qi yi guo in Mandarin, or kei yi gwo in Cantonese. (Google searches of mihoutao still turns up considerable results, but mostly confined to web pages from the People’s Republic.)

And how deliciously ironic that unscrupulous Chinese traders have tried to pass off domestically grown kiwifruits as imports. 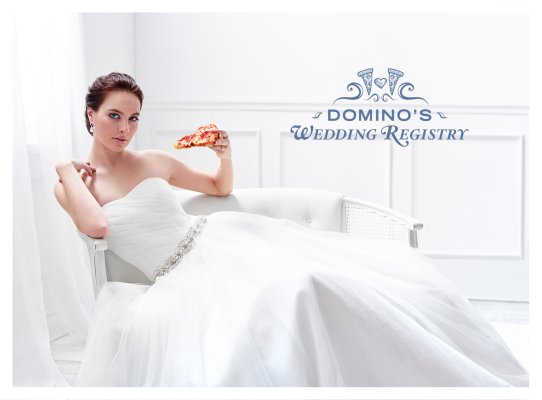 Domino’s Launches a Wedding Registry for Pizza-Loving Pairs
Next Up: Editor's Pick