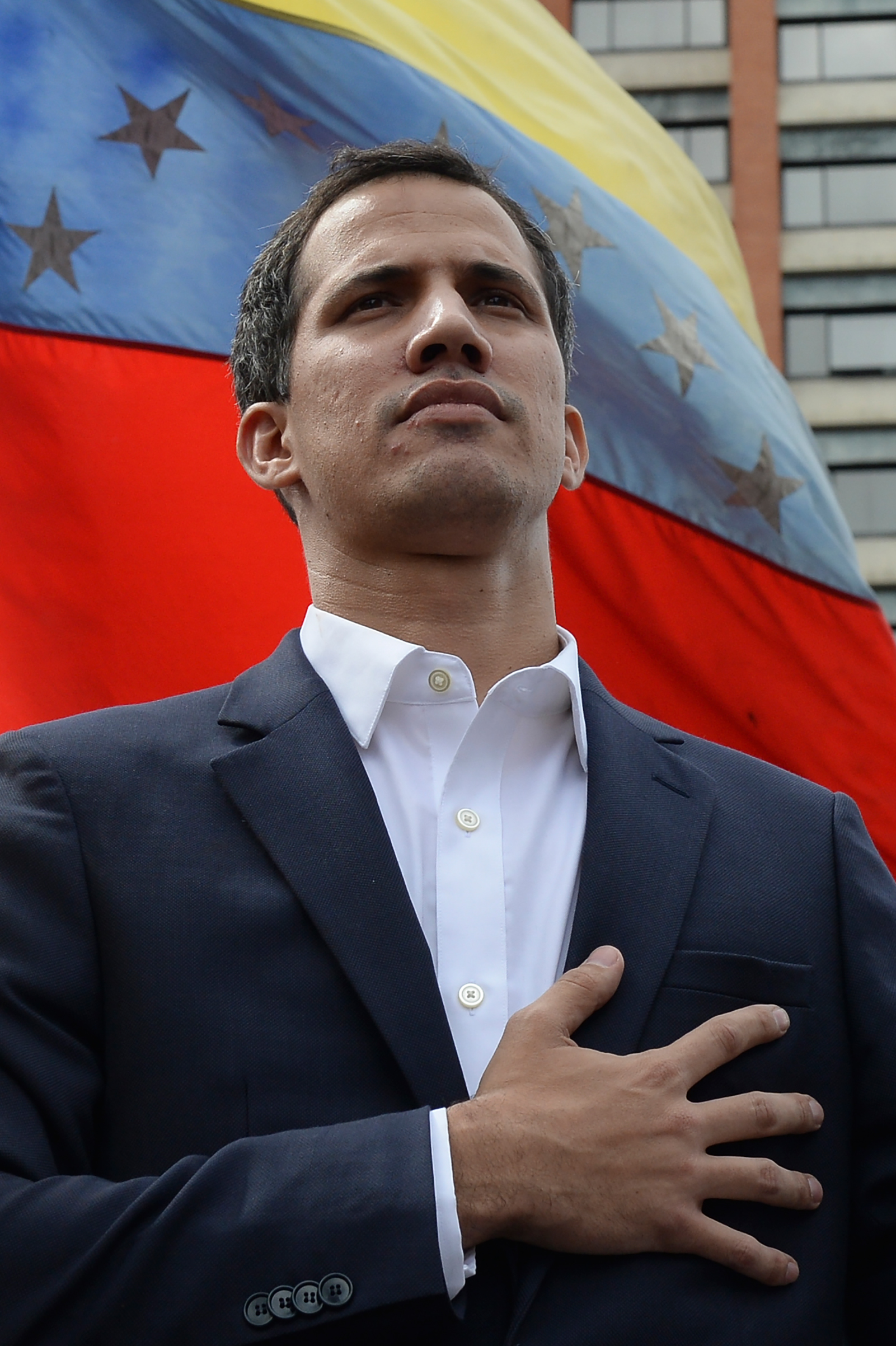 Tens of thousands of people took to the streets on Wednesday to take part in anti-government demonstrations called by Juan Guaidó, a fresh-faced opposition leader reviving resistance to the dictatorial regime of Nicolás Maduro. In the early afternoon Guaidó proclaimed himself acting president, in a move swiftly recognized by U.S. President Donald Trump and other world leaders.

Venezuelans filled the streets in cities across the country, many of them carrying large Venezuelan flags. In the capital, Caracas, horns beeped and loudspeakers blared with music, as crowds chanted “It will fall, this government will fall.”

Many online shared videos and photos showing the scale of the protests under the hashtag #23Ene (Jan. 23).

Maduro’s regime has overseen Venezuela’s slide into poverty, violence and authoritarianism since 2014, when a drop in global fuel prices sent the country’s oil-backed socialist model into crisis. Acute shortages of imported goods have lead to widespread hunger, and a lack of even basic medicines. Almost 1 in 10 Venezuelans have fled the country and more are on the move. Those left behind face political disenfranchisement, censorship and the violent repression of dissent as the regime remains determined to cling to power.

There have not been mass demonstrations since 2017, when four months of riots broke out after Maduro dissolved Venezuela’s opposition-held parliament, the National Assembly, transferring all powers to another body controlled by his allies. The government sent in the military, and at least 120 people died. Since then, a demoralized resistance movement has mostly confined itself to small-scale protests about specific issues, such as employment or food. The opposition, divided over how to deal with Maduro, has failed to mobilize citizens.

But Guaidó, who became leader of the National Assembly on Jan. 6, has changed things. The 35-year-old called Wednesday’s protests the day after Maduro began his second term (which was won in rigged elections last year and declared illegitimate by several countries, including the U.S.). Citing an article of Venezuela’s constitution that says the National Assembly’s leader must take charge if there’s a power vacuum in the country, he says he’s ready to take on the interim presidency, and needs a public show of support.

Protests had been building for two days in Caracas—with some taking to the streets Monday and Tuesday to perform “cacerolazos,” a Latin American form of street protest involving making loud noises, traditionally by banging on empty pots and pans (cacerolas). Others in the northern town of San Felix burned a statue of Maduro.

Juan Guaido, leader of the opposition-controlled congress, shows the National Constitution as he declares himself interim president in front of hundreds of Venezuelans during a mass rally against Nicolás Maduro in Caracas on Jan. 23, 2019.
Marcelo Perez Del Carpio—Anadolu Agency/Getty Images
Venezuela's President Nicolás Maduro, next to Vice President Delcy Rodríguez, signs a document breaking off diplomatic ties with the U.S. at a balcony at the Miraflores Presidential Palace in Caracas on Jan. 23, 2019.
Luis Robayo—AFP/Getty Images

The main protest, attended by tens of thousands of people, was planned to coincide with Wednesday’s anniversary of the ousting of former military dictator Marcos Pérez Jiménez on Jan. 23, 1958. Pérez Jiménez fell after the armed forces turned on him in following months of public protests against his authoritarian government.

The military is also crucial to Guaidó’s goal of removing Maduro. He admits that he cannot take power unless they withdraw their support for the regime. But the military have little incentive to do so, analysts say, because it means giving up the economic and political influence they enjoy under Maduro. Venezuela’s counter-military intelligence service has been successful at stamping out any dissent within the ranks of the armed forces – most recently, on Jan. 21 the government arrested 27 members of the National Guard after an attempted mutiny.

Opposition supporters during a rally against President Nicolas Maduro's government and to commemorate the 61st anniversary of the end of the dictatorship of Marcos Perez Jimenez in Caracas on Jan. 23, 2019.
Adriana Loureiro—Reuters
An anti-government protester overcome by tear gas is aided by a paramedic during clashes after a rally demanding the resignation of President Nicolas Maduro in Caracas on Jan. 23, 2019.
Fernando Llano—AP

Maduro remained defiant as the U.S. and other countries recognized Guaidó as the new Venezuelan president. A few hours after Trump’s statement, Maduro announced a break in “diplomatic and political relations” with the U.S., ordering all American diplomats to leave the country within 72 hours. But in response, Secretary of State Mike Pompeo claimed Maduro did not have the “legal authority” to make such a break, since the U.S. considers him Venezuela’s “former president.”

The embattled autocrat organized his own counter-marches and deployed the military to police Guaidó’s supporters, often using violence. Around the country, at least 13 people were shot dead in clashes between protesters, security forces and pro-government gangs, according to local monitoring group the Venezuelan Observatory of Social Conflict.

Wednesday’s protests are “unlikely to topple the regime, Diego Moya-Ocampos, a Venezuela expert at risk analyst IHS Markit told TIME when they were announced earlier this month. But, he added, if the unrest eventually “grows large enough that the military can no longer contain it […] it is possible they could withdraw their support for Maduro,” making his ouster possible.

That is what Guaidó is surely hoping for. “We will stay in the streets until we have freedom for Venezuela,” he told supporters and television cameras. “We will fight back until we have democracy.”