Who is Juan Guaidó, the Opposition Leader Trump Just Recognized as Venezuela's President?

Three weeks ago, few outside or inside of Venezuela had heard of Juan Guaidó. But on Wednesday, U.S. President Donald Trump and other world leaders recognized him as the country’s rightful president. After years of seemingly unstoppable slide into autocracy under President Nicolas Maduro, Guaidó is reviving a deflated opposition movement—leading many to believe Venezuela’s democracy could be restored.

Who is Juan Guaidó and why does he say he could become president of Venezuela?

An industrial engineer and one-term lawmaker for the Popular Will party, Guaidó became head of the opposition-held parliament, the National Assembly in early January. While Maduro stripped that legislative body of its powers in 2017, it still meets and is recognized by most countries. According to the Venezuelan constitution, the National Assembly leader becomes president whenever there is a “vacuum of power” within the country. Guaidó claims Maduro’s second term, won through rigged elections in May 2018, constitutes such a vacuum. (The vote was widely recognized as illegitimate because of a boycott by the opposition and claims of vote-rigging. The U.S. and E.U. imposed sanctions, while 14 mostly Latin American countries recalled their ambassadors.)

The charismatic 35 year-old has unified a divided opposition with “a new narrative on how they can reach a democratic transition,” says Diego Moya-Ocampos, a Venezuela expert at risk analysts IHS Markit. Guaidó has stopped short of naming himself interim president but has pledged to do so if protests show he has the people’s support and if the military backs him. Once in office, he would have to call fresh elections in 30 days.

How did Venezuela become an autocracy?

Acute shortages of food and other imported goods have lead to widespread hunger, with the average Venezuelan losing 24 pounds in 2017. The lack of basic medicine has crippled the health system, while violent crime rates have spiked. More than 2.3 million people have fled the country since 2014.

How has Maduro responded to Guaidó?

The episode may suggest the government is divided about how to deal with the threat Guaidó poses. “Clearly someone gave the order to arrest him, and then someone in the upper ranks said: No, this is not a good idea,” Moya-Ocampos says, adding that visibly attacking Guaidó could backfire. “He’s actually not that well known nationwide and victimizing him could increase media attention and position him as a leader.”

Whatever is going on inside the government, the arrest was a reminder of how precarious Guaidó’s position is against a regime with absolute power over the police and military. His own mentor, former Popular Will leader Leopoldo López, has been detained or under house arrest since 2014 for opposing the government. Moya–Ocampos says Guaidó will likely face the same fate “if he becomes a threat to their stability.”

As well as official recognition from Trump, Guaidó has also been endorsed by regional powers including Colombia and Chile. Brazil’s new far-right president Jair Bolsonaro recognized him as Venezuela’s president almost immediately after he first raised his constitutional claim to power on Jan. 11.

Why do the military support Maduro and could they switch sides?

Guaidó recognizes that he needs the armed forces to switch sides if he is to actually take power. That seems unlikely. “The military have little incentive to withdraw their support for Maduro because it means sacrificing the economic and political influence they currently enjoy,” Moya-Ocampos says. Under the regime, the military has a role in controlling Venezuela’s oil services, ports, infrastructure and the import of basic goods. Senior officers will also worry that regime change would mean they are held to account for human rights abuses committed during the often violent repression of protests in recent years.

Venezuela’s powerful counter-military intelligence service, the DGCIM, also help prevent dissent within the forces by keeping officers under surveillance and weeding out troublemakers.

Does Guaidó have a chance at taking power?

Guaidó called the mass protests on Jan. 23 in order to get a show of public support for his plan to take over the presidency. “We will stay in the streets until we have freedom for Venezuela,” Guaido told supporters and television cameras at the protest. “We will fight back until we have democracy.”

Small-scale protests happen on a daily basis in Venezuela over food shortages and labor rights. But if demonstrations become large enough to overwhelm security forces’ ability contain them, that could trigger “a break in the chain of command within the military,” Moya-Ocampos says. “Then it is possible they could withdraw their support for Maduro.”

Wednesday’s demonstrations were planned to coincide with the anniversary of the ousting of former military dictator Marcos Perez Jimenez on Jan. 23 1958. Perez Jimenez fell after the armed forces turned on him in following months of public protests at his authoritarian government. But with protesters risking fierce state repression and the military still in a tight alliance with the government, it’s not clear whether history can repeat itself. 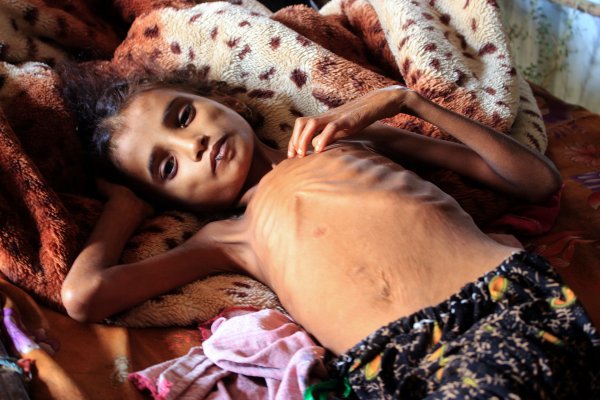