Russia's War on Ukraine Is a Threat to Press Freedom, Report Says

A woman pushes a pram past a heavily damaged residential building in the northern Ukrainian city of Chernigiv on May 3, 2022, amid the Russian invasion of Ukraine.
Genya Savilov—AFP/Getty Images
By Eloise Barry

Journalism is coming under increasingly intense pressure in Ukraine, exacerbated by the war, as press freedom remains restricted in well over two thirds of the world, according to Reporters Without Borders (RSF).

RSF’s 2022 World Press Freedom Index released on May 3, which measures access to information and curbs on journalistic freedoms, found that the situation for the press is “very bad” in 28 countries, “difficult” in 42 and “problematic” in 62. Those 132 countries represent just over 73% of the 180 nations surveyed.

Russia’s February invasion of Ukraine and the ongoing war is a threat to the future of Ukrainian media, which were already fairly restricted before the invasion due to an oligarch monopoly, according to RSF. Ukraine ranks 106 on the index of 180 countries, while Russia ranks 155.

“In this ‘information war’, Ukraine stands at the front line of resistance against the expansion of the Kremlin’s propaganda system,” RSF said in its report.

Since February, journalists in Ukraine have been deliberately targeted by military fire, and the number of reporters killed has risen to at least 20, according to the Moscow Times.

Ukraine’s government has blocked media carrying Kremlin-backed propaganda, while the Russian army has deliberately targeted journalists, media and infrastructure to prevent the Ukrainian population from having access to independent news and information.

In Russia, journalism was already tightly controlled by the Kremlin before the outbreak of war in Ukraine, but some independent media outlets fought to challenge the state narrative. That changed on March 4, when President Vladimir Putin enacted a law making sharing “false information” about the war punishable by up to 15 years in prison. The Kremlin also blocked access to Facebook and foreign news outlets.

The clampdown forced independent media outlets—including Novaya Gazeta, which is led by Nobel Peace Prize winner Dmitry Muratov—to cease publication. The Russian version of Euronews was suspended by the country’s media regulator on March 22, and all privately-owned independent TV channels, except for cable entertainment channels, are banned from broadcasting.

In the Russian-occupied territories of Ukraine, Crimea and Donbass, the media are silenced and often replaced by Kremlin propaganda, according to RSF.

In April, footage circulated on social media of Margarita Simonyan, the Editor in Chief of Russian state broadcaster RT advocating for government censorship of the media. “No great nation can exist without control over information,” she said.

Global media polarization has increased two-fold over the past year, RSF found. The disparity between open societies and authoritarian regimes that censor negative media coverage and spread propaganda is fuelling geopolitical tensions. Leading up to and following the invasion of Ukraine, Russia disseminated false information to dupe Ukrainian forces, denounced foreign reports of war crimes as “fakes”, and criminalized anti-war reporting back home.

“The creation of media weaponry in authoritarian countries eliminates their citizens’ right to information but is also linked to the rise in international tension, which can lead to the worst kind of wars,” RSF Secretary-General Christophe Deloire said in a statement.

Women journalists under most threat in Afghanistan

The press freedom index highlighted that journalists in Afghanistan and Hong Kong have also come under increased constraints. The fall of Kabul to the Taliban in August last year radically altered Afghanistan’s media landscape—within the space of three months, almost half of media outlets disappeared. At the end of last year, only four out of 10 journalists were still in their jobs, according to RSF. The country plunged to 156 on the index, in the worst category.

“Journalists and independent media all over the world are at risk right now,” says Zahra Joya, an Afghan journalist who leads an independent platform to spotlight women’s stories in Afghanistan.

Joya, who founded Rukhshana Media in 2020 and works with women journalists on the ground in the country, says many fear for their safety. “They are working in extremely difficult situations because they are in hiding,” she says. “They are in serious danger, they could be tortured.” The few that can work are forced by the Taliban to cover up and are completely separated from their male colleagues. In southern regions like Kandahar, Joya says there isn’t a single woman journalist left working.

RSF found only 410 women journalists were still working in the country in December. The shift reflects a trend across the country as a whole, where four out of 5 women have lost their jobs compared to around half of men. Joya, was forced to flee the country when she realized the danger posed to women journalists under Taliban rule.

If women are not represented in newsrooms, the Afghan media will fail half the country’s population, Joya says. “If women can’t be educated, and they can’t have contact with the male journalists, they can’t share their stories and experiences,” Joya says.

The Taliban, who were last in power from 1996 to 2001, also control and review all media reports before they are released, to remove negative coverage. “They haven’t changed. They are still the Taliban who they were in 1996,” Joya says.

In Hong Kong, where independent journalism previously thrived, the local press has been restricted since the introduction of the National Security Law in June 2020, which prohibits acts deemed to be treason, secession, sedition, and subversion against the Chinese government. Following the silencing of prominent journalists and media outlets in the past year, Hong Kong has fallen over a third of the way down RSF’s index.

In 2021, two major independent news outlets, Apple Daily and Stand News, were forced to shut down after the government froze their assets, while numerous smaller-scale media outlets ceased operations due to the legal risks.

Public broadcaster Radio Television Hong Kong—once seen as Hong Kong’s version of the BBC—has been placed under a pro-government management, which has prevented programs featuring pro-democracy advocates from airing. Beijing-backed Hong Kong lawmakers have claimed the broadcaster is biased, and welcomed the sacking of editorial staff who criticized the regime. The platform has also been used to promote Beijing-led changes to electoral laws.

According to RSF, journalists are a prime target of the National Security Law. Following on from the arrest of hundreds of journalists during the pro-democracy protests in 2019, a dozen more were detained last year. Earlier this month, a prominent journalist and former columnist of Stand News Allan Au was arrested for allegedly conspiring to publish “seditious materials”. 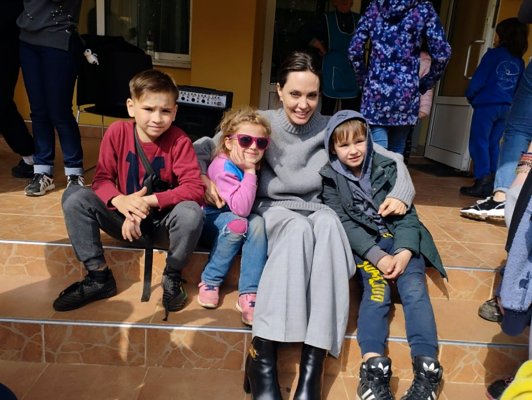