Ideas
By Mikki Kendall
Mikki Kendall is the author of Hood Feminism: Notes From the Women a Movement Forgot and Amazons, Abolitionists, and Activists: A Graphic History of Women's Fight for Their Rights.

Judge Ketanji Brown Jackson took a long pause. Senator Ted Cruz had just showed blown-up images from Dr. Ibram X. Kendi’s Antiracist Baby and asked her if she believed that babies were racist. Beyond the fact that he was twisting the ideas of a children’s book intended to help kids understand the insidious role of racism in our society and trying to link it to critical race theory, which is taught in law schools, he was also clearly trying to score points. You could see her thinking about how to respond to the obvious provocation, to show him the respect that he wasn’t showing her. She then calmly explained that she didn’t believe that any child should be made to feel racist or that they are victims or oppressors.

The exchange was extraordinary in its circumstances – Jackson was the first Black woman to appear before the Senate Judiciary Committee as a nominee to the U.S. Supreme Court – but to Black women across the country, it was also familiar. An occasion that should have been a celebration of how far America has come since the end of slavery was instead a reminder of how far we have to go.

Jackson is many ways a perfect Supreme Court candidate. She’s well educated with a stellar record both as an attorney and as a judge. There’s nothing questionable in her personal life, no indications of any ethical flaws. In fact, Senator Lindsey Graham, one of her most aggressive questioners, voted to confirm her to her current seat on the D.C. Circuit Court of Appeals. Jackson has spent more time on the bench than Justice Amy Coney Barrett had when she was nominated, and unlike Justice Clarence Thomas or Justice Brett Kavanaugh, she has never been accused of sexual harassment or assault. (Both Justices have denied the allegations.)

Yet despite her impressive credentials, Jackson has faced an onslaught of microaggressions, outright falsehoods, and demands for irrelevant information, both in the lead-up to and during her confirmation hearings. From Tucker Carlson’s obsession with her LSAT scores to Cruz’s bizarre contention that she should have to answer for the work of another Black scholar simply because she serves on the board of trustees of a day school where his book is taught, the attacks have not been your typical partisan fare. Senator Marsha Blackburn, for instance, insisted that Jackson’s support of the 1619 Project means that she wants to teach children that America is a fundamentally racist country. Blackburn’s arguments were particularly offensive as she positioned herself as a strict adherent to the Constitution despite her own inability to tell the difference between it and the Declaration of Independence. Meanwhile, other Senators repeatedly pressed Jackson on her sentencing of sex offenders, suggesting that this Black women would be soft on crime and maybe even put children at risk.

It was maddening to watch, and yet I know that Jackson cannot express her frustrations outwardly. She’s going to be expected to eat this indignity with a smile and never speak of it publicly after her confirmation. She knows, as does any Black woman in America, that if she gets upset, displays anger, or reacts with outrage, she will be immediately labeled an Angry Black Woman and all her credentials and hard work will not matter.

The hearings made plain what so many of us already know — that even the politicians who are supposed to represent everyone have been conditioned to expect Black women to be less than them. In this way, they are like many Americans. They expect Black women to work hard, but not be too successful, or to acknowledge the obstacles they’ve overcome in their pursuit of success. It’s an expectation that harks back to Mammy, the stereotype of a happily disenfranchised Black woman devoted to caring for the family that enslaved her no matter the personal cost, and to Jim Crow era etiquette, which prescribed that Black people refrain from showing too much emotion in public as it might make white people uncomfortable, and it is still present in workplaces and schools today.

Read More: I’m a Black Woman Who’s Met All the Standards for Promotion. I’m Not Waiting to Reward Myself

Black women in American society are effectively expected to fill two roles at work, the one they were hired to do and another role of making their coworkers comfortable at their own expense. It’s not enough to be educated, accomplished, and professional. To navigate the obstacles created by racist stereotypes, they must also hide their emotions. They cannot be too talented or assertive, lest they be perceived as a threat. Like Jackson, they are in a no-win situation and must simply persevere as she has.

Politics will be held up as an excuse for the atrocious behaviors on display in these hearings, but one of the reasons so many Republican senators have turned to this toolbox of bigotry is that they know there will be no consequences. Many of their constituents will laud this behavior, and even those who don’t are likely to celebrate Jackson’s strength and never consider what these hearings have cost her emotionally.

There is a saying in the Black American community that we must work twice as hard to get half as far. Senator Cory Booker spoke to this idea in his emotional tribute to Jackson when he told her, “You got here how every Black woman in America who’s gotten anywhere has done, by being, like Ginger Rogers said, ‘I did everything Fred Astaire did but backwards in heels.'” What we do not often say out loud is that for those of us who reach great heights, we have not only worked twice as hard, but we have also been hurt twice as much, and probably more. For Jackson to reach this place, she has had to weather a lifetime of this treatment and not let it stop her.

Partisan pundits will continue to try to dehumanize her, scrutinizing her every decision despite having absolutely no idea of what it feels like to walk this singular path to the highest court in the land as a Black woman. She is the first, she will not be the last, and as with all trailblazers, her impact will be seen in the Black girls and women who too will learn to share their feelings in private and present a calm, composed face in public. Booker told her, “It is so good to see you here.” And it was. I just wish she were given the welcome she deserves. 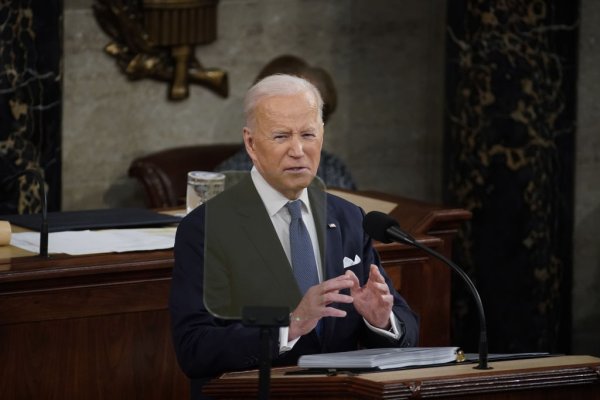