I'm a Black Woman Who's Met All the Standards for Promotion. I'm Not Waiting to Reward Myself

Ojima Abalaka for TIME
Ideas
By Koritha Mitchell
Mitchell is author of From Slave Cabins to the White House and Living with Lynching and editor of the Broadview Edition of Iola Leroy.

You get better at whatever you practice.

That’s why I have gotten serious about giving myself the gifts that only I can give. Walking outdoors for fresh air. Running to clear my head. Maintaining so much clarity about my life’s work that others’ agendas don’t become mine. Being generous with “no.” Saying “yes” only when I actually want to do something.

The value of these gifts to myself cannot be easily measured. They are priceless. So I usually don’t think of self-care in material terms. Anyone else can give me fancy tea or perfume, a designer handbag or piece of jewelry. They can’t take a walk for me.

And yet in early April, after months of browsing for inspiration and emailing with a consultant, I picked up a beautiful custom ring that I had purchased for myself.

It wasn’t entirely my idea: In January 2020, while attending a conference, I had lunch with the scholar and poet Therí Pickens. When we finished, I accompanied her to a jeweler to pick up a ring she had ordered as a gift to herself for being promoted to the rank of professor at Bates College. The outing felt not only joyful but also sacred. I would soon put myself up for promotion review at my own university, and I vowed then that I, too, would be deliberate in my celebration.

I will not find out until May or June whether the institution where I’ve worked since 2005 is promoting me to full professor. But as my case has been reviewed by various committees, and administrators have demanded explanations of minor aspects of my record, it’s been clear that those empowered to judge my achievements have not accounted for the racism and sexism that I have faced in their midst while still making significant contributions to the university. Forced to look back on my journey, I have determined that it makes no sense to value their assessment of what I have achieved, especially not above my own.

When I arrived at the institution as a newly minted Ph.D., I had the great fortune of entering my department with two other new assistant professors. From the beginning, we were told that moving from assistant professor to associate professor with tenure required publishing a book with a top-ranked university press. The outcome? The two people of color did just that. The white person did not. We all got tenure.

A decade later, I have written a second book and edited another one, and that white colleague still hasn’t published the book that should have been required for tenure. That fact reflects less on this individual than on the people who weighted my contributions equal to his and still believe they have credibility for judging my record. As I always say, I’ve been surrounded by white people my entire life, and that has not meant being surrounded by excellence.

As a Black woman, I am constantly reminded that I was never meant to do anything at the university but clean, so the standards for promotion were not set with me in mind. White men created them, so they are the ones best positioned to meet them. And yet, with everything in American society set up for their success, they often fall short. When they do, criteria magically change to accommodate them, but no one considers this to be a “lowering” of standards. That language emerges only if the beneficiary isn’t a straight white man.

I’ve spent my career watching white people use job-performance standards to judge everyone but themselves and each other. Nevertheless, I have met those standards. I therefore don’t put stock in their opinion of my contributions. I don’t waste time and energy believing that if I had done something differently, I would have had a better outcome. My refusal to ignore the injustices that shape my profession has been sanity-saving, my truest form of self-care.

But freedom from the burden of taking personal responsibility for inequities I didn’t create is only part of what I deserve. I also deserve joy that cannot be extinguished by the discrimination I cannot avoid witnessing and experiencing.

American culture encourages you to delay feeling proud of yourself until external validation has been granted. Practice this and you get to the point where you cannot feel proud until that validation materializes. And if it doesn’t, you withhold approval of yourself. Then, because you are always in your own company, you constantly feel like you’re lacking and you get to the point where even external validation cannot land.

I wholeheartedly reject this. Whether or not my university recognizes what I’ve done ultimately doesn’t matter. It won’t be a reflection of what I have accomplished.

Every time I searched for rings, I told myself that this was about my own approval and affirmation. At some point, I started thinking about the number three, symbolizing the three areas of the job — research, teaching and professional service – and how I’ve excelled in all of them. The ring that I now wear daily, the ring that delights me so much, contains three stones and has the appearance of three bands. And every time I look at it, I am reminded that I don’t need to wait for others to tell me I earned this. It’s a gift only I could give myself. 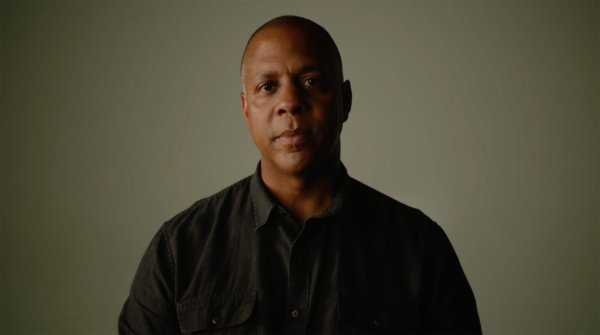