Afghan refugees are being processed inside Hangar 5 at Ramstein Air Base in Germany on September 8, 2021.
Photo by Olivier Douliery—Getty Images
By Jasmine Aguilera

Ahmad Naeem Wakili lives in a daze, his mind often drifting to his wife and 2-year-old, a little girl with big brown curls and green eyes.

Wakili escaped Afghanistan amid a flurry of evacuations that began in mid-August after the Afghan government collapsed and the Taliban took Kabul. He now lives and works in Tucson, Ariz., but his wife and daughter remain trapped in Turkey. The U.S. government has twice rejected their applications to be reunited with Wakili through an ad-hoc channel called humanitarian parole. While the rejection documents cite a problem with the fees that Wakili attempted to pay—a total of $1,150—U.S. Citizenship and Immigration Services (USCIS), the government agency in charge of processing such applications, provided no further explanation and no clear indication of when he might see his family again. (TIME reviewed the rejection letters sent to Wakili).

Wakili, a former assistant judge at a detention center at the American Bagram Air Base near Kabul, which detained members of the Taliban and Al Qaeda, is not alone in his heartbreak. His wife and daughter, who TIME agreed not to identify by name for their safety, are among tens of thousands of Afghan nationals currently trapped in the kludgy and understaffed U.S. immigration system. Their struggle—both to reunite with one another and to chart a clear path forward—illustrates the broader systemic failures of the U.S. immigration system.

Read more: Inside a Wisconsin Army Base Where Nearly 13,000 Afghans Await an Uncertain Future

Last summer, top officials at both the White House and the Department of Homeland Security made the decision to expand pathways to refuge in the U.S. to Afghan nationals fleeing their country. As part of that effort, they encouraged Afghans to apply for humanitarian parole. The idea was to help avoid the shortcomings of more traditional channels, including Special Immigrant Visa (SIV) processing and the U.S. Refugee Admissions Program (USRAP), both of which are severely understaffed and underfunded and it often takes months or even years to process applications. USRAP, in particular, which was gutted by the Trump Administration, regularly leaves applicants awaiting answers for years.

“The Biden Administration inherited a very broken, under-resourced, overburdened and over-complicated program, and humanitarian parole was the easy way out,” says Mark Hetfield, president and CEO of HIAS (formerly the Hebrew Immigrant Aid Society), a national refugee resettlement agency. “But then it creates all of these new problems that the refugee program automatically resolves, like family reunification, and access to benefits and access to permanent residence and citizenship.”

But if the decision to direct Afghans to humanitarian parole was made with good intentions, it has become precisely the bureaucratic quagmire that officials had hoped to avoid. While thousands of Afghans now safely reside in the U.S., the vast majority of humanitarian parole applications for Afghans who are still abroad have yet to be fully processed, according to a statement provided to TIME by a USCIS spokesperson. Of those that have been processed, rejection rates are high. Since July 2021, the agency has received more than 40,000 humanitarian parole applications; as of Jan. 12, the agency had “conditionally approved” roughly 145 and rejected 560, according to data provided by USCIS.

“I cannot explain how I feel [every day],” Wakili says through an interpreter. When he was still living in Kabul, he was able to take trips to visit his wife and daughter, but now it has been nearly a year since he has seen them. “I go to work—I forget my uniform I forget my shoes…I have become numb.”

In April 2020 the U.S. announced it would withdraw from Afghanistan by Sept. 11, and on August 29 it formed Operation Allies Welcome, an effort to resettle more than 76,000 Afghans who arrived after mass evacuations from Afghanistan after the country’s government fell. Images of operations airlifting Afghans out of Kabul were all over the news. But behind the scenes, the Biden Administration was quietly shifting gears.

On Jan. 12, Siskind received his first denial notice from USCIS for an Afghan woman who fled to Pakistan with her three teenage children. The woman who was rejected is a single mother who fears being a target of the Taliban because she worked with the World Bank, Siskind says. USCIS didn’t provide any explanation as to why the woman was rejected; a line from the USCIS notice reads simply that the agency “determined that parole is not warranted. Therefore we have denied your request for parole.”

Researchers and advocates have openly questioned why the decision was made to turn to humanitarian parole rather than put resources back into USRAP, which was severely cut during the Trump Administration. Year after year that President Trump was in office, he brought the refugee cap down to historic lows—18,000 by fiscal year 2020—which lead to staff and budget cuts. During President Biden’s first year in office the Administration raised the refugee cap to 62,500, but ultimately admitted only about 11,400 refugees that fiscal year, largely due to the COVID-19 pandemic and because the previous Administration deliberately dismantled the refugee program.

“It is bizarre to me that the Biden Administration didn’t use the Afghan evacuation as an opportunity to kick the refugee resettlement program into gear,” says Yael Schacher, deputy director for the Americas and Europe at Refugees International, a refugee advocacy organization. “Instead the Biden Administration created another humanitarian pathway…[that] could easily be challenged by people who oppose refugees.”

Bill Frelick, director of the Refugee and Migrant Rights Division at Human Rights Watch, an international organization that investigates human rights abuses, says the Administration’s decision to use humanitarian parole as an end-run around USRAP set the government back. “It feels like we are reinventing a wheel that has already been invented and was running pretty smoothly for many years,” he says. “Now it feels like we’re starting over, and we’re feeling every bump in the road.”

“Humanitarian Parole is not intended to replace established refugee processing channels such as the U.S. Refugee Admissions Program, which is the typical pathway for individuals outside of the United States who have fled their country of origin and are seeking protection,” a USCIS spokesperson tells TIME in a statement. “In some limited circumstances, protection needs are so urgent that obtaining protection via the USRAP is not a realistic option.”

A test of patience

Some Afghan advocates have attempted to aid in the humanitarian parole application process. In Washington, D.C. Jayson Harpster, an Army veteran, has raised nearly $48,000 to pay for the cost of living expenses of two Afghan men he worked with while on deployment in Afghanistan. The men have fled to Pakistan with their families in fear that their involvement with the U.S. military makes them a Taliban target. Both men are still waiting on a USCIS decision on their humanitarian parole applications.

In Tucson, where Wakili lives, Councilman Steve Kozachik has been personally advocating for Wakili, contacting Senators, the U.S. State Department and anyone else with connections who may be able to reunite Wakili with his family. “The Department of State told me ‘we’re counseling patience, just be patient,'” Kozachik tells TIME. “The Taliban is much more efficient at what they’re doing than what the United States government is doing right now.”

Staying patient is not an option for Wakili, he says. Though he is now out of immediate danger, his wife and daughter are not. In Afghanistan, Wakili’s job required him to read aloud prison sentences to people found guilty of their crimes, and they sometimes seek revenge. He says he’s been physically assaulted by Taliban members twice and lost a kidney after one particularly vicious attack. In early 2020, after he was ambushed by the Taliban, he moved his pregnant wife to Turkey to protect her. Two years later, she and their daughter remain largely housebound, fearful of being identified by members of the Taliban. 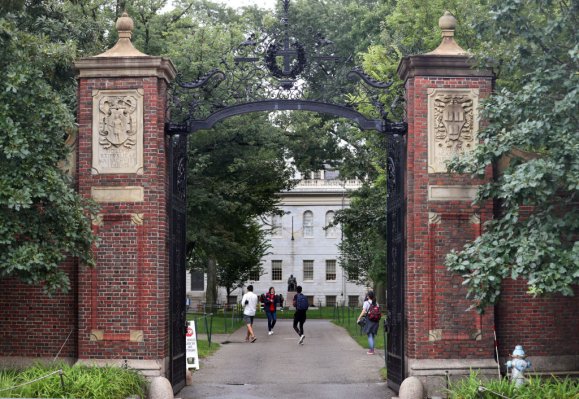 The Brain Drain That Is Killing America's Economy
Next Up: Editor's Pick